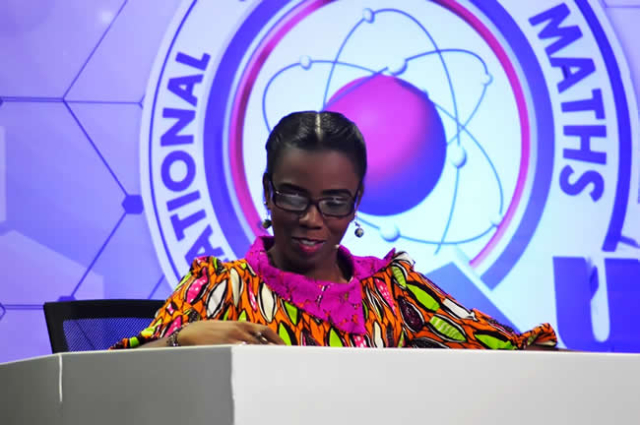 The stage is set and in just a few hours, the preliminary contest of this year’s National Science and Maths Quiz (NMSQ) will take off at the University of Ghana Business School.

About 108 schools will compete at the preliminary stage from June 11-16 in what is expected to be another exciting and nerve-racking season.

The competition which has been running since 1993 is celebrating its Silver Jubilee this year and promises to be one to remember.

Students from senior high schools (SHS) across the country take pride in being part of the contest, which for many is not only a test of intelligence but also a show of power.

St. Thomas Aquinas SHS made history in 2013 as the first-day school to win the competition.

The “Toms” have always been a force to reckon with in the competition putting up impressive performances.

They, however, missed out in a nail-biting final last year Prempeh College snatched victory from them with 53 points, two points more than their 51.

For years, they’ve all dreamt of being part of the NSMQ and now with an opportunity of a lifetime in their reach, they cannot wait to conquer.

Wisdom has watched, learnt and yearned to be a part of the competition since junior high school. After his Basic Education Certificate Examination, however, he knew there was one more hurdle to surmount and that is the NSMQ.

“So I said to myself that I will work very hard because only hard work can take you there. So I started learning hard and by the grace of God, there was a trial test for all first year students and I passed,” he told Daniel Dadzie on Joy FM’s Super Morning Show, Monday.

A team from the St Peter's SHS

Emmanuel’s story is no different. Impressed by the way students answered questions during the quiz while he watched on television, he decided there’s no team he’d be part of than the NSMQ.

Like Wisdom, he qualified after a gruelling trial test in first year but made it among the few chosen ones to represent the school this year.

Both are excited and cannot wait to make their school proud but admit that the journey has been a tough one because unlike regular exams, the NMSQ requires swiftness, accuracy and speed, skills they cannot wait to display when they take their turn.

Emmanuel and Wisdom are not alone in their excitement. Their chemistry and physics teacher Selorm Rockson has been preparing them for years and is proud of their progress.

After coming close to winning the trophy last year, Selorm said the team is poised to win this year.

Below is a line up of this week's contest:

The video below is an excerpt from last year's finals: