NSMQ2019: How St Ignatius used ‘Problem of the Day’ to kick out a seeded school

After all three schools missed the first riddle in the final round, it all went down.

Yes! Yes and YES! — That was the quiz mistress responding to St Ignatius of Loyola; the underdogs picked the last three riddles for three points apiece.

And it was over! Kumasi SHTS who had led the contest from start, slipped in the final lap and turned around the old saying “to snatch victory from the jaws of defeat. ” They have snatched defeat from the jaws of victory.

A sensational performance from St Ignatius of Loyola SHS guaranteed the Upper West Region-based school a spot in next stage of the ongoing National Science and Maths Quiz.

They upstaged favourites, Kumasi SHTS who came into Tuesday morning’s contest with their seeded spot on the line.

The Ashanti Region-based school failed to defend their priceless seed, which would have ensured their automatic qualification for the 2020 competition.

They came into the contest ready to fight but their energy had been exhausted after round two.

Round Three, known as the Problem of the Day, is a stage that carries its name, a real problem.

It didn’t prove any different for Kumasi SHTS when the scores for the round were announced by Quiz Mistress, Elsie Effah Kaufmann.

St Ignatius SHS who until then was in the last position, scored a perfect score to close the gap between them and Kumasi SHTS and upstage Brekum SHS who had been in second place.

The two other competitors, however, got two points only from the Problem; the beginning of Kumasi SHTS’s problems.

Round four which required the schools to confirm the veracity or otherwise of statements read to them, was a blow to all schools and the contest ended with the contestants maintaining their positions.

But the match wasn’t over. 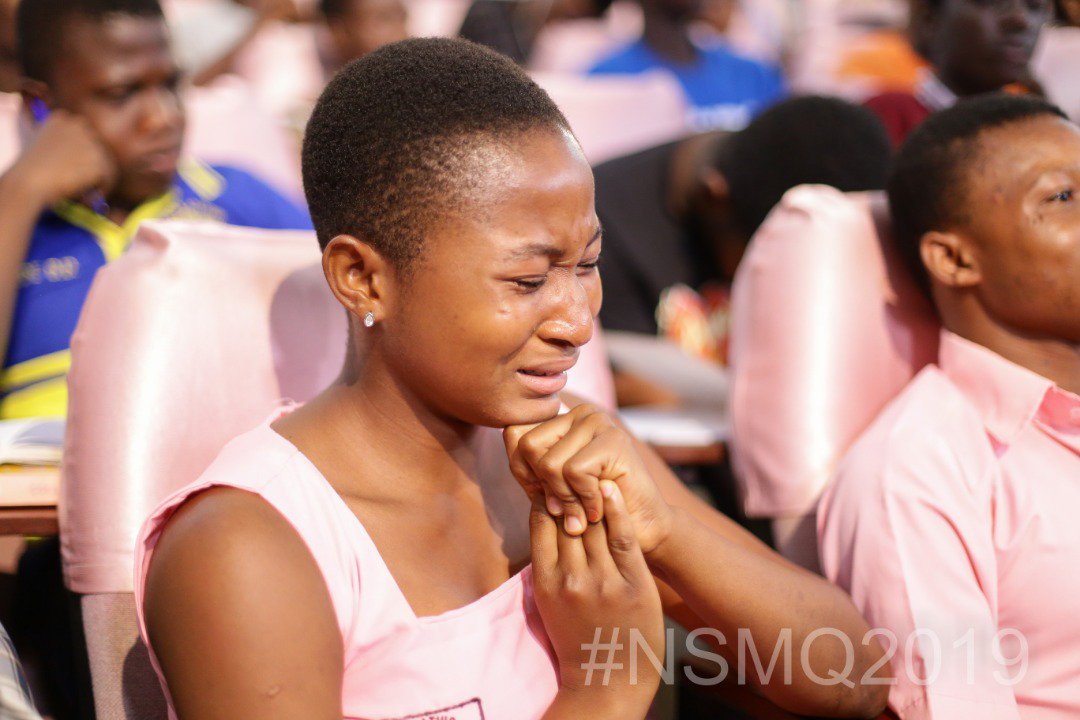 Round five is made of four riddles directed to all schools simultaneously for the fastest team to answer.

St Ignatius of Loyola used the last round to place first and qualified into the safe zones of the NSMQ. Even if they are knocked out from this point, there is a guaranteed spot for them in 2020.