A high scoring Kumasi Academy sealed their qualification to the prelims of the National Science and Maths Quiz (NSMQ) Friday morning.

Not a tally easily reached by those tagged as giants of the competition, the Ashanti regional capital-based school hit the 70-point mark with style. 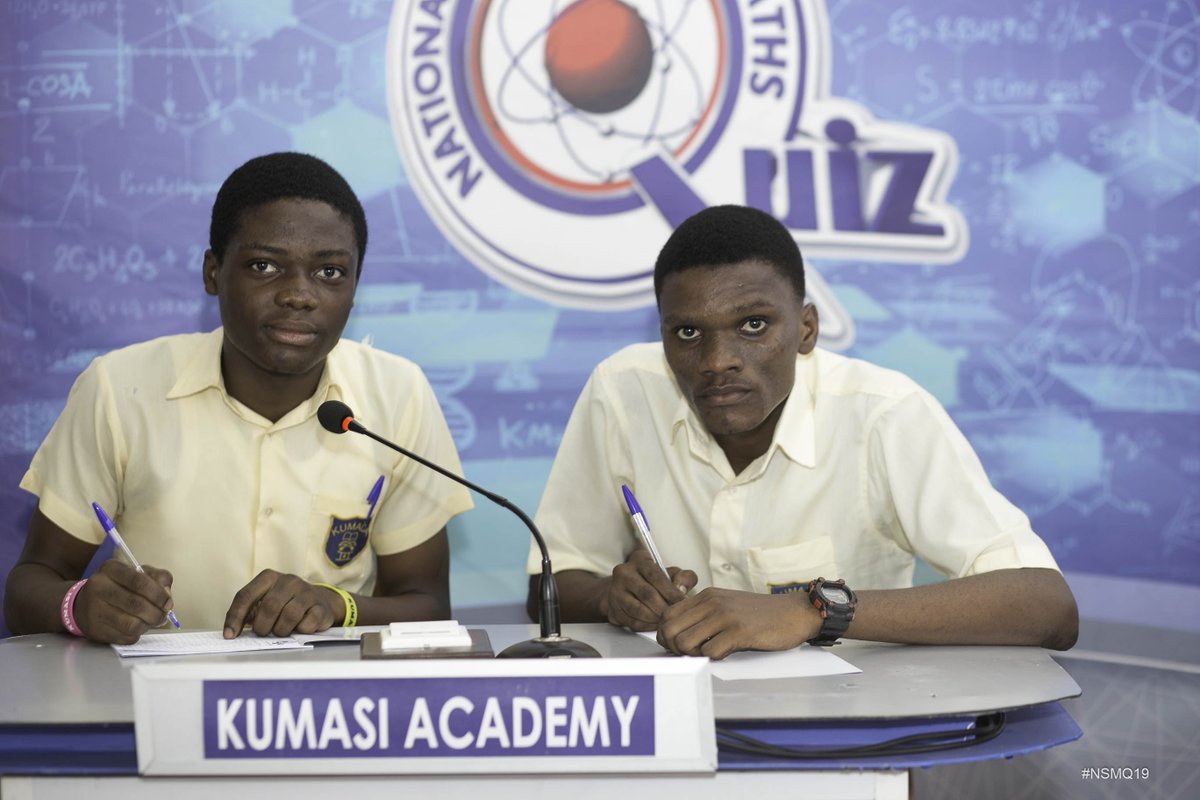 That would surely send a message to the likes of Prempeh College; – four-time champions of the Primetime TV show – who are expected to be present for the Regional championship on Saturday.

KUMACA came up against a strong Adu Gyamfi Senior High side but the difference between 33 and 70 would surely leave the Adu Gyamfi team wondering what went wrong.

Thirty-three should have been enough to rocket them into a qualification but the heat exuded by Kumasi Academy was just too much for Adu Gyamfi to bear; kowtowing to the victors.

Kumasi:
Congratulations Kumasi Academy for winning the contest. That was an excellent performance. Keep it up and we look forward to seeing you at the nationals.
Well done!#NSMQRegionals2019 #NSMQ2019 pic.twitter.com/hYkkbYYgsv

Ghana Muslim Mission Senior High and Kumasi Girls’ SHS were also in the competition but only on paper.

In the end, the sum of the points of all three competitors is still one short of winners’, Kumasi Academy; very impressive.