A league and cup double in your first year, unbeaten against sworn rivals Hearts in their own backyard in the league for three years, FA Cup finalists…..Opoku Nti could not  have asked for a better three year stay as the General Manager of Kumasi Asante Kotoko.

With the exception of an awful African campaign, Kotoko have been there or thereabout in all competitions.

In their worst season, which was the 2015 season, Kotoko placed second in the league and cup despite an atrocious start which saw two time league winning coach Mas-ud Didi Dramani part ways with the club.

Despite reported administrative frailties, the numbers have been impressive for Nti and his team on the field.

Discard the pre-season trophies and the recently won President’s Cup and Kotoko are averaging a trophy a year since Opoku Nti took charge. This comprises three league titles and an FA Cup. 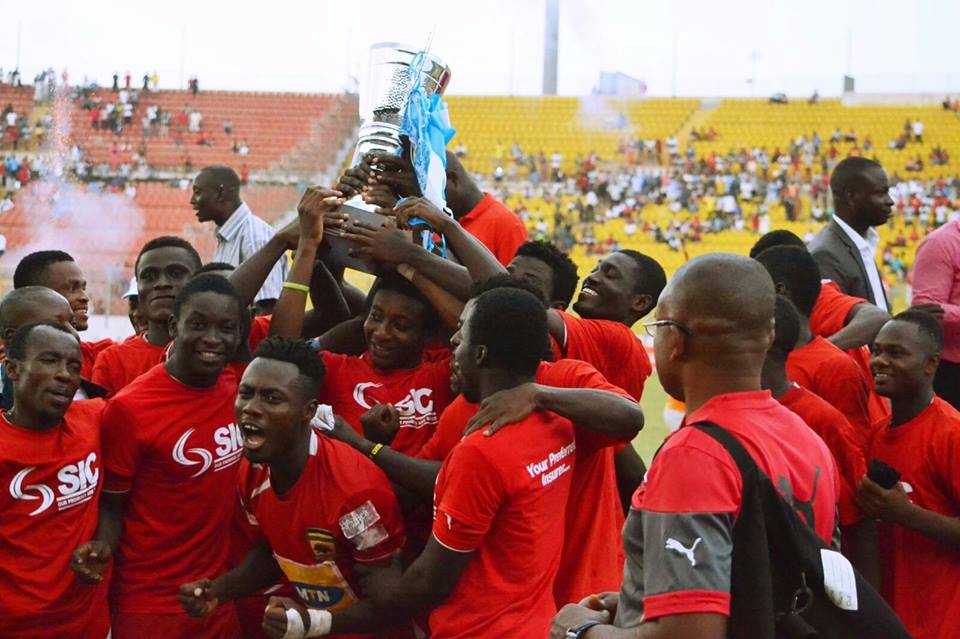 “We all knew our mandate was going to come to an end this year, unfortunately we didn’t start the league on time so it happened that we are still playing and our time is up too,” he told Nhyira FM

“We would have wished this issue had not come out but i tell you what, the love we have for the club is bigger than that letter.

“We can’t leave the club at this time when the league is going on so we will stay till end of the season.”

Judging by the numbers, Nti deserves another shot at the job and more importantly a chance to better Kotoko’s African campaign.