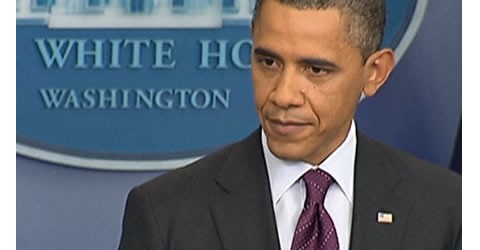 US President Barack Obama has appealed for calm in Ferguson, Missouri, after the shooting of a black teenager by police sparked two nights of violence.

He described the death on Saturday of Michael Brown as heartbreaking and added: "Remember this young man through reflection and understanding."

In two nights of unrest in the St Louis suburb, dozens were arrested, shops looted and tear gas fired by police.

On Tuesday night, anger had turned to reflection at a community forum.

Missouri Governor Jay Nixon told a packed crowd at Christ the King United Church of Christ that the shooting felt "like an old wound torn fresh".

Ferguson's mayor and police chief also attended the meeting and were greeted with applause.

"To become violent in Michael Brown's name is to betray the gentle giant he was," he said, flanked by Mr Brown's parents.

He said no-one had the right to take Michael Brown's name and "drag it through the mud".

Police say Brown was shot several times after a struggle in a police car, but witnesses have said the unarmed Brown was shot when he had his arms raised. 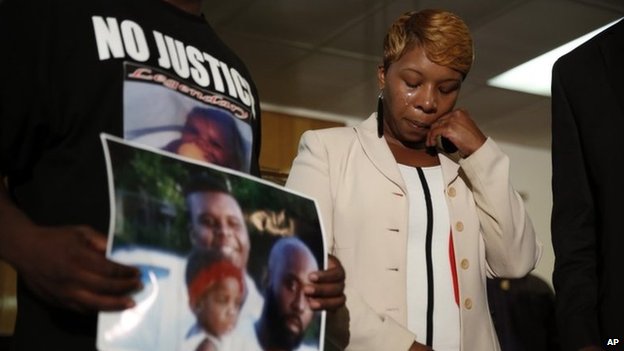 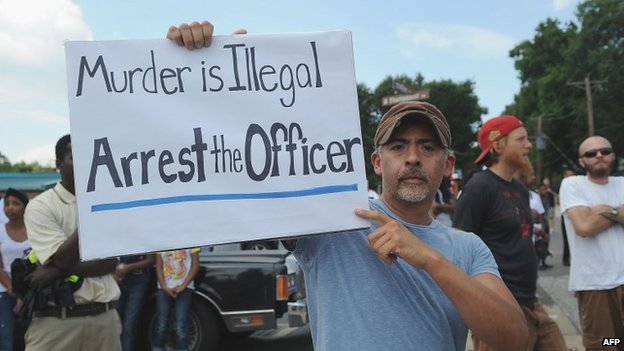 Protests on Tuesday were peaceful but tense

Speaking after around 50 demonstrators marched on the police headquarters, Mr Sharpton joined others in demanding police reveal the name of the officer who shot and killed Mr Brown.

"The local authorities have put themselves in a position, hiding names, not being transparent, where people will not trust anything but an objective investigation," Mr Sharpton said.

Police say death threats on social media have prevented them naming the officer, who has been placed on paid administrative leave.

Protests during the day on Tuesday were peaceful if tense, but they came after police used tear gas and rubber bullets to disperse a large crowd in Ferguson the night before.

Sharpton appeals for peace after two nights of unrest in Ferguson

Police said the crowd threw rocks at officers and there was gunfire coming from the crowd.

Thirty-two people were arrested on Sunday night after people looted shops, vandalised cars and stores, and set a building alight.

The FBI is investigating the shooting and US Attorney General Eric Holder said the case deserved a "fulsome review".

The justice department has also sent its community relations team to the area.