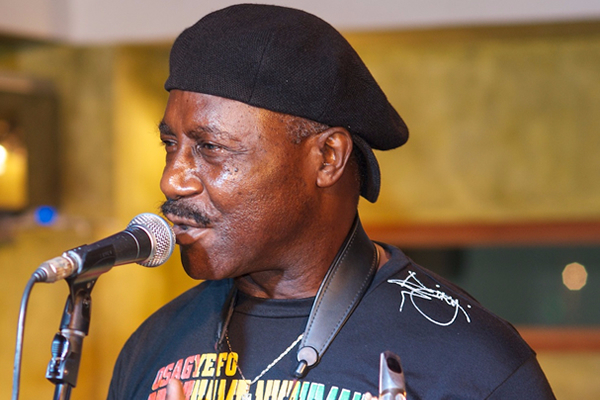 Veteran musician Gyedu-Blay Ambolley has alleged that few musicians in the country were the sole beneficiaries of the GH¢2 million government gave to the Musicians Union of Ghana (MUSIGA).

He said in an interview on 3FM that the former President of MUSIGA, Bice Osei Kufuor the recipient of the cash then, is the one who shared the money meant for the Association to the musicians close to him.

“When that money came Obour gave those surrounding him, ¢50,000. I know what I am saying, I am not fabricating anything,” he alleged.

According to him, Obour gave the money out to these artistes as a loan but it was never retrieved.

He mentioned Okyeame Kwame, Bessa Simons, Ben Brako and TiC as some of the artistes who allegedly received the money.

“There is nothing there helping the up and coming musician, nothing. And so it’s affecting the upcoming, it like each for himself,” he added.

Veteran musician Gyedu-Blay Ambolley has alleged that former President of the Musicians Union of Ghana (MUSIGA) shared the GHc2 million that was given to the union by the government to some selected musicians. According to him, Bice Osei Kuffour (Obour) shared the cash meant for MUSIGA to some musicians who were very close to him. Speaking in interview on Showbiz 927 on 3FM with MzGee @iammzgee, Mr Ambolley, who says he has evidence to back his claim, said the former President of MUSIGA gave the money to selected musicians claiming it was a loan. Asked who these musicians were, the veteran musician mentioned Okyeame Kwame, Bessa Simons, Ben Brako and TiC as some of the beneficiaries. He further alleged that they never paid the money back. Watch the video for more: