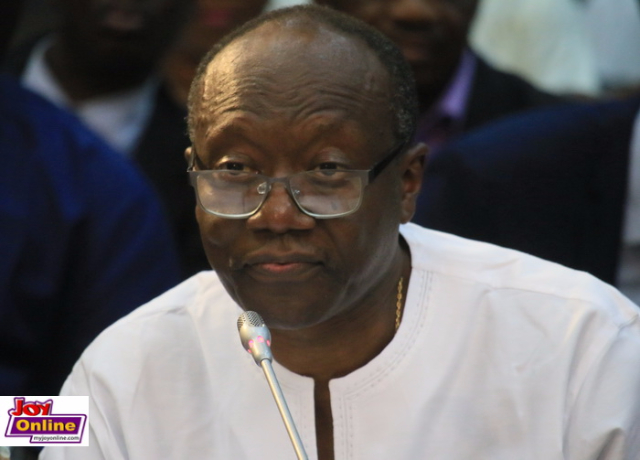 The Supreme Court will on April 22, deliver its verdict in the case in which the Minister of Finance, Ken Ofori-Atta, was sued over his role in the $2.25 billion bond issuance due to an alleged procedural error and conflict of interest.

This was after the court had refused to grant an application for leave by the Plaintiffs to amend their action, saying the amendment was of no relevance in the said action before the court.

At the sitting on Tuesday, Mr Sylvester Williams, Chief State Attorney prayed the court to dismiss the leave application of the plaintiffs to amend their action.

Mr Cosmos Anpenglo, who represented the Commission on Human Rights and Administrative Justice (CHRAJ) said it had realized that there were some errors and was therefore also seeking leave to amend the action.

A group by name Dynamic Youth Movement of Ghana (DYMOG) had sued the Finance Minister, the Attorney General and CHRAJ over the $2.25 billion bond issuance.

The group in its suit is invoking the proper jurisdiction of the Supreme Court to interpret Article 284 of the 1992 constitution which states: “A public officer shall not put himself in a position where his personal interest conflicts or is likely to conflict with the performance of the functions of his office”.

The applicants contend that the Finance Minister in issuing the bond to Franklin Templeton had put himself in a conflict of interest situation because one of the directors of the US-based investment group Trevor Trefgarne is also a director of a company owned by the Minister.

Meanwhile, the Minister had been cleared by CHRAJ of the conflict of interest allegations.

Among the reliefs, the group was seeking included; (a) A declaration that by going beyond investigations to make a pronouncement (of guilty or otherwise) on the 1st Defendant in respect of the allegation of breach of conflict of interest, the CHRAJ has contravened Article 287 of the 1992 Constitution.

The group is also seeking a declaration that by issuing or overseeing the issuance of the said bonds to Templeton without disclosing his relational interest with a director at Templeton, one Trevor G. Trefgarne, the 1st Defendant has acted in contravention of Article 284 of the 1992 Constitution.