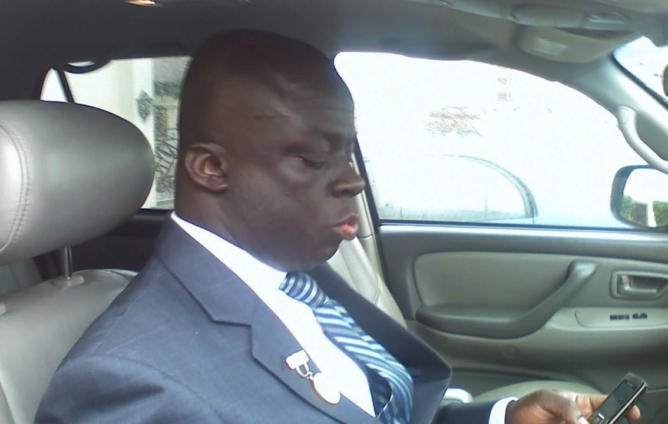 The General Legal Council has been sued by the lawyer at the Centre of the alleged $5m bribe involving the Chief Justice.

Kwasi Afrifa is asking the High Court to set aside the proceedings of the GLC’s Disciplinary Committee meeting held on July 15,2021.

He contends the said meeting was wrongful, illegal and contrary to the rules of natural justice.

The Disciplinary Committee had earlier decided to slap the legal practitioner Kwasi Afrifa with nine charges for misconduct.

This follows its preliminary inquiry that concluded that at first impression, a case of misconduct has been made against him.

Mr. Afrifa is facing the disciplinary proceedings after his client, one Ogyeedom Obranu Kwesi Atta VI had sought the assistance of the General Legal Council to retrieve $75,000 from him.

The Traditional ruler alleges that Mr. Afrifa had asked for an amount of $100,000 to undertake “ways and means” to secure a favorable court judgement.

The ruler adds that after realising Mr. Afrifa was not going to carry out this “ways and means” he demanded a refund and has since collected $25,000 from the lawyer.

He, therefore, dragged Mr. Afrifa to the General Legal Council demanding to retrieve the outstanding amount.

Mr. Afrifa in his response to this complaint leveled serious allegations against the Chief Justice, Kwasi Aning Yeboah.

He claims it’s rather the Traditional ruler who had informed him that the Chief Justice had agreed to ensure a favorable ruling in his case provided he selects Mr. Akoto Ampaw as lawyer in the stead of He Mr. Afrifa and pay an amount of $5 million.

The Chief Justice has since asked the Police CID to investigate the matter.

Mr. Afrifa was interrogated by CID officers after which he told pressmen that he committed no crime by stating the truth.

A copy of the GLC’s documents sighted by JoyNews, levels charges including failure to protect the sanctity and integrity of the legal profession.

The GLC also cited his failure to disclose the allegation of bribery against the Chief Justice to the Disciplinary Committee of the Judicial Council or any other statutory body for an inquiry.

He was also stated to have failed to issue receipts to his client following payment of legal fees, that he facilitated the commission of the alleged bribery offence by refunding fees he was legally paid and duly entitled to, that he made a reckless statement suggesting judicial manipulation by the Chief Justice of the Republic of Ghana.

He wants the court to stop the GLC from embarking on any hearing flowing from its first meeting where a prima facie case was made against him.