Okudzeto Ablakwa: It shouldn’t have taken deportation by Kuwait to force government granting access to KIA 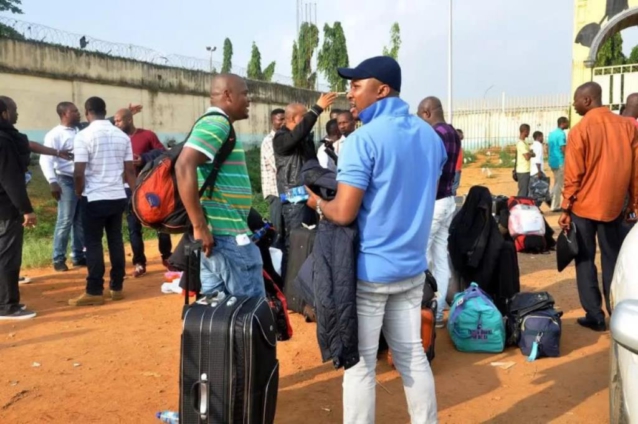 As we welcome 245 of our compatriots back home from Kuwait later today; the point must be made that it shouldn’t have taken an act of deportation by the Kuwaiti Government at the expense of the Kuwaiti taxpayer to compel our Government to grant access to the Kotoka International Airport to our fellow Ghanaians. Never mind that the Akufo-Addo Administration despite its border closures has continued to open the airport for other nationals to be evacuated out of Ghana by their governments.

Many of the Ghanaians arriving today from Kuwait have harrowing stories to tell. For many weeks since the outbreak of COVID-19, we heard them, saw their videos and read their petitions after claims that they were unfairly dismissed and ejected from their places of work.

As Ranking Member on the Foreign Affairs Committee of Parliament, I saw the video appeals they put together insisting they had funds to purchase their own tickets if only Government shall agree to grant them access to our airport. Certainly, that prospect compared with deportation would have been more dignifying and they would have been proud of the country they have always called home.

The ordeals and reports of blatant discrimination as narrated by many of these returnees most of whom were domestic workers must be the subject of thorough investigations.

Government must switch from its perfunctory posture and look deeper beyond the claims of Kuwaiti officials.

The investigations I call for must necessarily look into how these Ghanaians left our shores in the first place? Which recruitment agencies arranged their travel? How did recruitment agents come to collude with state officials from the Employment Ministry all the way to the Ghana Immigration Service, particularly, when there has been a ban on such travel arrangements to Gulf States including Kuwait since 2017?

Current developments appear to vindicate respected institutions such as the University of Ghana’s Centre for Migration Studies (CMS) and Migrating out of Poverty (MOOP) which have long maintained following research they conducted that Ghana’s ban on recruitment of workers to Gulf States and the freeze on recruitment licenses have been a disaster as they have failed to halt the practice.

Beyond calling for thorough investigations, the Minority would be demanding answers in Parliament in the days ahead.

I must emphasize, however, that the Akufo-Addo-led Government’s policy on stranded Ghanaians abroad has been most insensitive, uncoordinated and absolutely inept. This is quite surprising for a President who once served as Minister for Foreign Affairs and Regional Integration.

If Government had listened to some of us a while back, we could have engaged in high level bilateral negotiations with counterpart Governments to assist us in bringing back home stranded Ghanaians instead of opening our airport to the many empty chartered flights over the last two months.

It is unacceptable and embarrassing that while many countries have carried out multiple rounds of evacuation from Ghana and elsewhere, our Government is still pussyfooting with claims that they are collecting data and engaged in internal discussions after all these weeks. No one must be told that the matter in issue requires a high sense of urgency and proritization.

I bet if it had been an IMF loan facility which has just become available for member states, the Akufo-Addo-led Government would have already been bragging about how fast and efficient Ghana’s application was and how we made such a compelling case to receive the biggest allocation.

Ghana can do far better and we sure can place far better value on the lives of our citizens.

The case was built on constitutional fallacy – Dame