Oldest woman in space blasts off to ISS 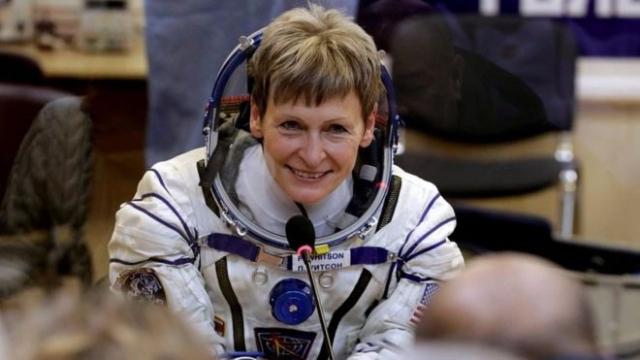 Record-breaking astronaut Peggy Whitson has blasted off into space for her third mission to the International Space Station – and hopes to break some more records while she's there.

The veteran Nasa astronaut is the first woman to have commanded the ISS and already holds the record for the longest time spent in space by a woman.

This time – turning 57 while on mission – she is the oldest woman in space.

She blasted off from the Baikonur cosmodrome in Kazakhstan on Friday.

On board the Soyuz rocket with her is Russian cosmonaut Oleg Novitsky and French newcomer Thomas Pesquet.

They are expected to arrive at the ISS on Saturday, joining an American and two Russians already aboard. They will carry out a range of scientific investigations until May 2017.

Iowa-born Peggy Whitson, who has an advanced degree in biochemistry, worked for Nasa in several prominent medical science and research positions before being selected, in 1996, as an astronaut candidate.

She first went into space in 2002 and became the first woman to command the ISS in 2007. She will break records again when she takes charge of the orbiting lab for a second time in February.

By the time her mission ends, she will have spent more time in space than any other US astronaut, surpassing the 534-day record set by Jeff Williams.

"The most important thing about the station is the friendships and the work we accomplish there," she told a news conference before the launch at 02:20 local time on Friday morning (20:20 GMT on Thursday).