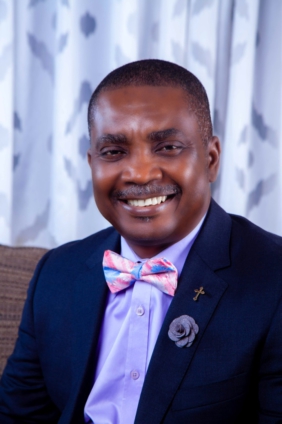 Indigenous lender, OmniBSIC Bank has recapitalised to about GH¢516 million – above the regulatory requirement of GH¢400 million.

The large capital gives comfort to customers and the general public, strengthens the bank’s buffers and its balance sheet as well as enhances its capacity to fund big-ticket transactions in an economy where businesses are recovering from the global twin challenges.

The bank has also consolidated its turnaround story after recording significant profit in the second quarter of this year.

Its second quarter 2022 financial statement showed that the bank posted a profit-before-tax of GH¢25.04 million compared to a loss of GH¢11.72 million in the same quarter last year.

The bank posted its maiden gross profit of GH¢8.69 million in the first quarter of this year after recording losses since it was out-doored from the merger in 2019.

The unaudited financial statement showed that OmniBSIC Bank, which is the outcome of a merger of Omni Bank and Sahel Sahara Bank Ghana, raised its capital from about GH¢268.2 million in the second quarter of 2021 to GH¢516 million in the same period this year.

It followed the injection of about GH¢247 million by shareholders.

The Managing Director of the bank, Daniel Asiedu, explained in an interview that the recapitalisation followed a successful rights issue that was fully underwritten by the shareholders.

The successful recapitalisation of the bank above the regulatory limit and the consolidation of its turnaround now means that the bank’s profitability and resilience are on firmer footing.

With capital in excess of GH¢500 million, OmniBSIC, a wholly-indigenous bank, now joins the league of lenders with large capital and deep buffers, capable of supporting businesses to expand and improve upon their bottom lines.

The bank’s second quarter results showed that beyond the strong profit, its balance sheet and liquidity position were strong.

While deposits, and loans and advances enjoyed strong growth, cash and balances with other banks almost doubled.

Cash and balances rose from GH¢261.7 million in the second quarter of 2021 to GH¢497.23 million in the period under review – indicating the depth of the bank’s liquidity.

OmniBSIC’s investments also shot up to about GH¢1.13 billion in the second quarter of this year from the GH¢805.43 million recorded in the same period in 2021.

Mr Asiedu, who is leading the revitalisation of the bank, said the successful recapitalisation and the consolidation of the turnaround represented key milestones to customers and the bank in its nascent history.

“For the recapitalisation, it means that we are solid and it also gives comfort to our customers and the general public that we are fully paid up.

“Now that we have in excess of GH¢500 million in capital, it means that the public and our corresponding banks should be confident dealing with us,” he said.

He added that the strong capital also increased the bank’s capacity to support businesses and thus called on the general public and entrepreneurs in particular to take advantage of the situation to grow.

The result of the ‘refreshed OmniBSIC Bank’ is a combination of solid talent acquisition, capital injection and the infusion of new ideas and products and services into its operations by the board and management over the last year.

In May 2020, Mr Asiedu, an astute banker with more than three decades of management experience in multinational and state-owned banks, took over as MD with a vision to revitalise the bank and reposition it on the path of profitability.

With the support of the board, the chartered accountant and economic policy analyst has revamped and rejuvenated the staff, restructured the operations and introduced new products and services tailored to the needs of customers.

A new banking application is also underway to help strengthen the bank’s operations and improve its delivery to customers, the former MD of Zenith Bank Ghana and the Agricultural Development Bank (ADB) said.

He explained that customer service was also prioritised and revamped, making it unparalleled at the moment.

“So, generally, we are on the right path with the support of the board and of course, God,” he added.

Beyond leveraging his goodwill and experience, the Reverend Minister and Chairman of the International Presbytery of the Fountain Gate Chapel (FGC) said he had recruited experienced hands to man key positions as part of the plan to strengthen the bank’s structures.

He was hopeful that these and the improved product line and customer service would endear the bank more to customers, leading to increased business.