Once-a-week pill for HIV ‘in pipeline’ 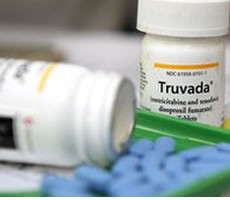 Human trials of a once-a-week oral pill for HIV could start, after successful tests in pigs, claim US scientists.

The slow-release tablet could free patients from having to take daily medication, they say.

It looks like a normal capsule, but on reaching the stomach its coating dissolves and a special structure packed inside unfolds.

This 4cm (1.5in) star-shaped scaffold stays in the stomach for seven days, steadily releasing its cargo of drugs.

More tests in other mammals, including monkeys, are recommended but the researchers say trials in people could begin within two years.

HIV experts said the prospect of a new treatment option was to be welcomed, but that a once-a-week HIV pill for people was "still a way off". 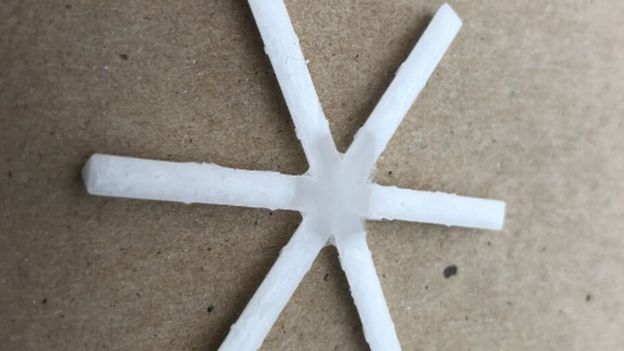 The star is too large to move out of the stomach but still allows food to journey through to the small intestine.

Once it has delivered its payload, the star begins to degrade and passes on through the digestive tract.

In the pig trial, the researchers dosed it with enough of three antiretroviral drugs – dolutegravir, rilpivirine and cabotegravir – to last for seven days.

The researchers say, in the future, the oral drug delivery device could be used for a wide range of diseases, not just HIV.

Preliminary tests in pigs have already been done with a malaria drug called ivermectin and the star remaining in the stomach for up to two weeks.

Researcher Giovanni Traverso, from Massachusetts Institute of Technology and Brigham and Women's Hospital in the US, said: "We wanted to come up with a system to make it easier for patients to stick to taking their treatments.

"Changing a medication so it only needs to be taken once a week rather than once a day should be more convenient and improve compliance.

"Once-a-month formulations might even be possible for some diseases."

A company called Lyndra is now developing the technology and plans human trials of the long-lasting oral delivery pills within the next 12 months. Tests with HIV medication could begin after that, subject to approval and more animal tests.

Dr Traverso said: "There are lots of patients this could help, including people with dementia or mental health disorders such as schizophrenia."

Some slow-release drugs could already be given by injection, he said.

A spokeswoman from the British HIV Association said: "This research is still in the early stages of development and there is clearly some way to go from testing in pigs and mathematical modelling to human trials before its effectiveness can be assessed."

A Terrence Higgins Trust representative said: "Medical advances have come on leaps and bounds for HIV in the UK in recent years, however we do know that taking a pill each day does present practical barriers for some people living with HIV.

"We welcome the prospect of a treatment that removes these barriers, and presents all people living with HIV with further choice, provided that it is no less effective than current options available."

The HIV research, published in the journal Nature Communications, was funded by the Bill and Melinda Gates Foundation, the National Institutes of Health and the Brigham and Women's Hospital.