One dead, others in critical condition after car crash in Bole - MyJoyOnline.com

One dead, others in critical condition after car crash in Bole 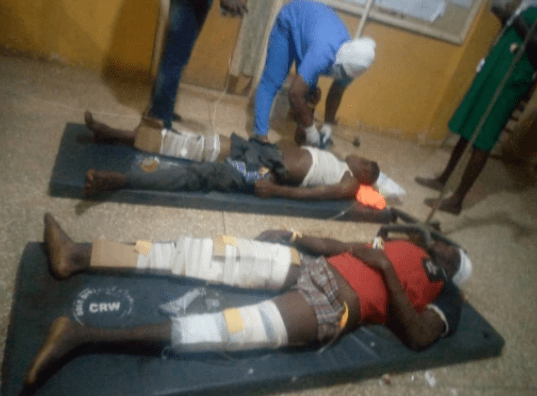 A violent collision on the Bole-Bamboi highway in the Savannah Region has led to the demise of an individual.

Reports reaching JoyNews indicate that a tricycle moving to Kilampobile collided with a yellow mini bus.

The bus was moving from Techiman and heading towards Bole.

The tricycle is said to have been carrying five persons including the driver. Four sustained injuries but the fifth lost his life.

The injured are currently receiving treatment at the Bole District Government Hospital.

Sources say two of the victims broke their legs and two others have been placed on oxygen.