NASA received a critical signal from one of its most distant spacecraft this morning, confirming that the vehicle had just flown by a tiny frozen rock in the outer reaches of the Solar System. That space probe, named New Horizons, has now made history. Currently located more than 4 billion miles from Earth, the spacecraft has now whizzed past the most distant — and most primitive — object that’s ever been visited by humanity.

“We have a healthy spacecraft,” Alice Bowman, the mission operations manager for the New Horizons mission, said after confirming the feat. “We’ve just accomplished the most distant flyby.”

It’s a flyby that’s been over a decade in the making. Launched in 2006, New Horizons famously passed by Pluto in 2015, becoming the first mission to ever reach the dwarf planet. But ever since that flyby, New Horizons has kept on speeding through the Solar System, in order to meet up with this new object, nicknamed Ultima Thule.

While it zoomed by, New Horizons tried to gather as much information as it could about the rock. Equipped with seven science instruments, the spacecraft snapped pictures, mapped the object’s surface, and took the temperature of its surroundings. All of this data should help scientists learn more about this strange rock, a type of object that we’ve never explored up close before. 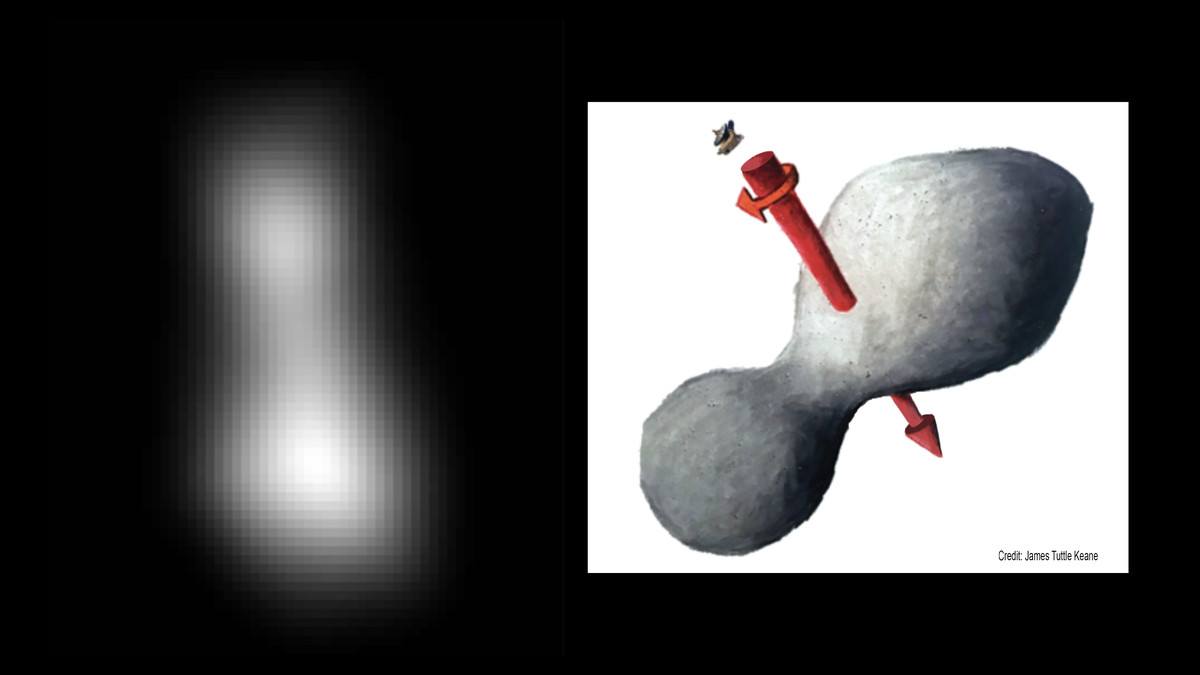 On the left, a blurry image of Ultima Thule taken by New Horizons before the flyby. On the right, a graphic predicting the shape of the object and how it rotates.

Ultima Thule is an object in the Kuiper Belt — a large region of the Solar System located beyond the orbit of Neptune. This area is filled with potentially millions of fragmented icy bodies, making it similar to the distant Asteroid Belt. Except the objects in the Kuiper Belt aren’t asteroids. They’re thought to be extremely primitive fragments of the Solar System, frozen in time ever since the planets first formed 4.5 billion years ago. They’ve remained relatively unchanged since the birth of our cosmic neighborhood.

We first learned of the existence of the Kuiper Belt three decades ago, and we’ve been trying to fully map it out in the years since. But this is the first time we’ve actually seen one of these objects within a relatively short distance. New Horizons came within 2,200 miles of Ultima Thule’s surface — about the distance between the East and West Coast of the United States. And from that vantage point, the spacecraft could tell us a lot about what kinds of materials Ultima Thule is made. And that could ultimately reveal what materials were lingering around when the Solar System first came into being. 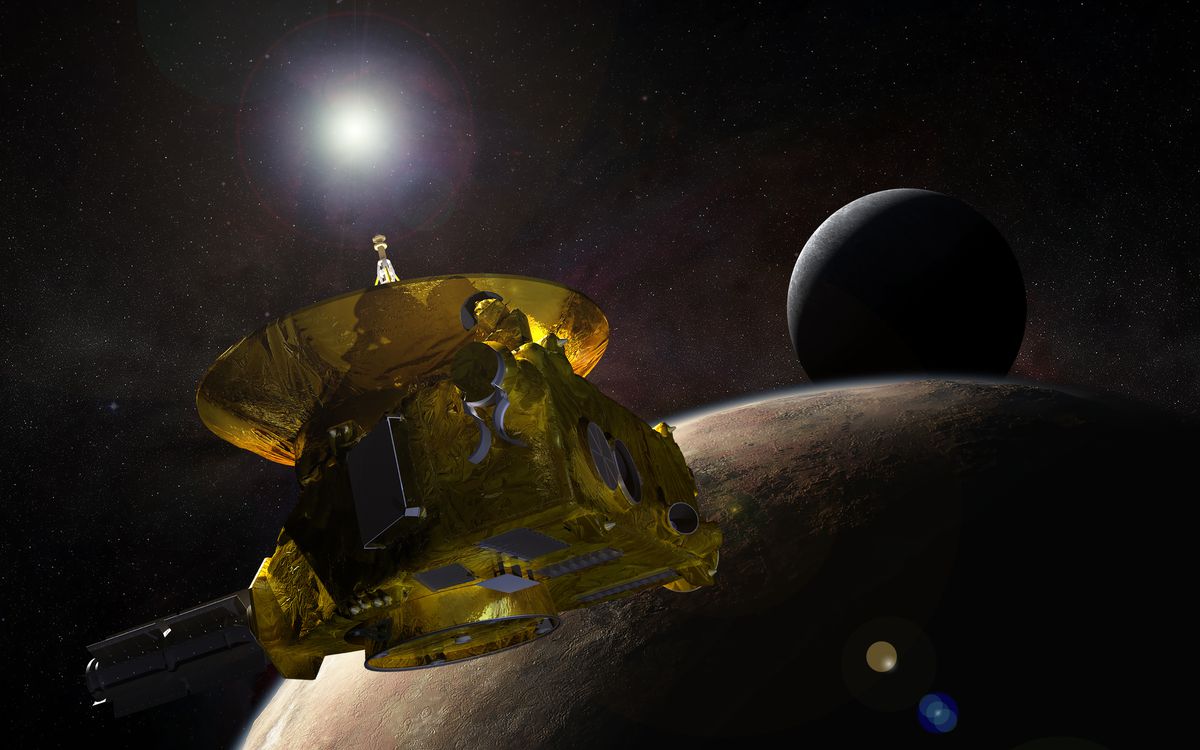 An artistic rendering of NASA’s New Horizons spacecraft at Pluto

But getting to this particular space rock has been an incredible challenge and a 13-year journey. Ultima Thule is only about 20 miles across, around the size of New York City, which makes it super hard to track from Earth. And its vast distance from the Sun makes it incredibly faint. Plus, getting a signal out to New Horizons right now takes about six hours, so the spacecraft can’t be controlled in real time. All of the flyby procedures had to be uploaded to the spacecraft in advance, and New Horizons then had to do everything on its own.

It’s because of this communication delay that scientists did not know if the flyby was a success until late this morning. New Horizons actually zoomed by Ultima Thule at 12:33AM ET, and then sent a signal back to Earth confirming it was in good health a few hours later. NASA received that beacon at around 10:31AM ET. The signal confirmed to the New Horizons team that the spacecraft’s subsystems were working properly, and that the vehicle had collected the amount of data that the engineers expected to get.

“IT’S A BETTER PIXELATED BLOB THAN THE DAY BEFORE.”

The spacecraft team also revealed an image of Ultima Thule taken by the vehicle the day before the flyby. But in that picture, Ultima Thule is only about five to six pixels across, showing what looks like a lumpy peanut or a bowling pin. “Even though it’s a pixelated blob, it’s a better pixelated blob than the day before,” Hal Weaver, the New Horizons project scientist, said during a press conference. The spacecraft will send back the first high-resolution images of Ultima Thule from the flyby later this evening, and the mission team will reveal them to the public on January 2nd. Those pictures should give us a definitive answer on what Ultima Thule’s shape looks like.

Thanks to the communication delay, it’s going to be slow drip of data for a while. It’ll take about 20 months for New Horizons to send back all of the information it’s gathered on Ultima Thule. But that data holds critical clues about one of the most ancient objects we’ve ever visited in the Solar System. So over the next two years, we’ll get as much information as we can about an entirely new class of object that was around when the planets were being born. And that will be quite a bit for scientists to analyze.

“We’re going to start writing our first scientific paper next week,” Alan Stern, the principal investigator of the New Horizons mission, said during a press conference.