Edwinology's Lab: The banker who wants to be buried in 16 graves

The real cause of this bank crisis is an ignored crisis.

In the 80's we demonised wealth so much, we ended up creating a revolution. Somebody was killed for applying for a bank loan for his business.

In 2018, we have demonised poverty so bad, we have created men who want so much wealth, they have collapsed seven banks.

When we laughed at the joke that it is better to cry in a BMW than on a bike, we walked away to take the joke seriously.

It did not occur to us to ask why the man in the BMW is crying. We laughed off a crying man.

But the man's internal control calls a press conference addressed by his conscience where it is announced, not that greed has escaped, but to thunderous applause, declares ambition has been freed.

If demonising wealth caused a revolution and demonising poverty has led to failed banks, we must now settle down to ask what a society must truly glorify.

E-Lab is convinced, what we must glorify is honourable poverty. We must begin to glorify people who live modest when they could have lived large. When we meet a man with a 16-room mansion, we must give him the look we would give the man who dug for himself 16 graves.

And the man who drives a small car must earn for himself a standing ovation long enough to make the one sitting in great luxury feel guilty.

It is called honourable poverty. That Chief Director who declined to take 150,000cedis to approve a contract although he needed that money to buy land has lost an opportunity to become richer.

That is honourable poverty, E-Lab does not mean being poor and proud but being proud that you could have easily been rich but didn't.

It is this great lack of national modesty that is psychologically compelling young people into soul-less lifestyles because success has become a show-off.

But E-Lab has never been infatuated by the current, pervasive understanding of success. For success is not those plans a man has accomplished, it is those desires a man has demolished. It is not what a man has done but it is exactly what he did not do.

If a great banker has been nominated CIMG man of the year, we must not call him great until the women in his company say their boss never demands for sex.

If a man is honoured for building a school or mosque or church, we must wait until he can honour us by declaring he does not love bribes whether as a contractor or as a human being.

If such a society wants to honour accomplished professionals, we must not call them accomplished until their wives say they never neglected their children.

A man can do all things but we must be interested in what he will not do.

Great feats are features of a man created in the image of God. But because man fell and became a broken god, we must hold a vigil just to ensure he does not break laws.

This is why our criminal code does not contain permissions but prohibitions. Man is allowed to do many things, but he is great by the things he does not allow himself to do.

In a great society, real progress is restraint. It is not pushing forward. It is holding back. This is what E-Lab means by the ignored crisis. It is our definition of success. And this is why all of government's best efforts may save the banking industry by postponing another crisis.

We can see this ignored crisis in food production where seeds have been genetically tempered because of a man's greed. We see it in how Christ has said he died to save us, but we have replied him that it must include 'he died to make us rich'.

We see this ignored crisis in how frozen Argentine fowls cross the pacific ocean and land on Ghanaian kitchen tables because a politician cannot say no.

And we see this crisis in how our movies will show a young man is rich but never show him going to work.

E-Lab has heard how the gap between the rich and poor is increasing. This is true but a subtle gap that is widening is that some people feel poor or have been made to feel poor because others are running away with easy money.

The man with enough now feels he looks poor because the standard of contentment has been whisked away by the movers and shakers in society.

His small car and small wife suddenly looks inadequate. His small properties look like a twinkle.

We have stood on earth and called the stars, 'twinkle, twinkle, little stars' but we now know the stars may twinkle but they are certainly not little. For there is a star far far away which is  1,300 times bigger than the sun. 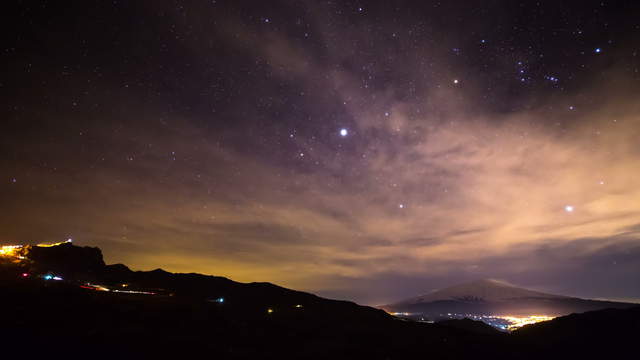 The Chief Director who has been made to feel 'unsmart' and 'unambitious' for refusing to inflate a contract  is twinkling for his lack of trickery but he is certainly not little.

We are only standing on earth, far away from the moon, we have peered at heavens and with full pride and empty of modesty, we have stared at the starry sky and started calling it little because we see only a twinkle.

And this is the ignored crisis of our society.

Kevin Spacey in court to face charges of groping teenager