We've had the Golden Globes, we've had the Baftas, but now the film industry is gearing up for its biggest night of the year – the Oscars.

The stars are gathering in Los Angeles for the 91st Academy Awards, which take place at the Dolby theatre this Sunday evening.

Roma and The Favourite lead the way this year, with 10 nominations each.

While Alfonso Cuaron orders a new trophy cabinet, we've taken a look at some of the more unusual things we've spotted this year.

Here are 17 quirky facts to store for your next pub quiz.

1. Lady Gaga took her stage name from the Queen song Radio Gaga, as she said she "adored" the band.

But more than a decade after shooting to fame, she finds herself effectively up againstthem.

Her movie A Star Is Born faces competition in the best picture category from Queen biopic Bohemian Rhapsody.

2. This is the third time that Amy Adams and Christian Bale have starred in a film together and both received Oscar nominations for it.

They appeared alongside each other in The Fighter (2010) and American Hustle (2013), and now both have nods this year for their roles in Vice.

Only Bale has won, however – taking home best supporting actor for The Fighter.

3. Mahershala Ali is the favourite to win best supporting actor this year, for his role in Green Book.

He won the same award two years ago, for his performance in Moonlight.

If he takes home the prize again this year, it'll be the quickest an actor has won the same Oscar twice since Tom Hanks, who won best actor in 1993 (for Forrest Gump) and 1994 (Philadelphia). 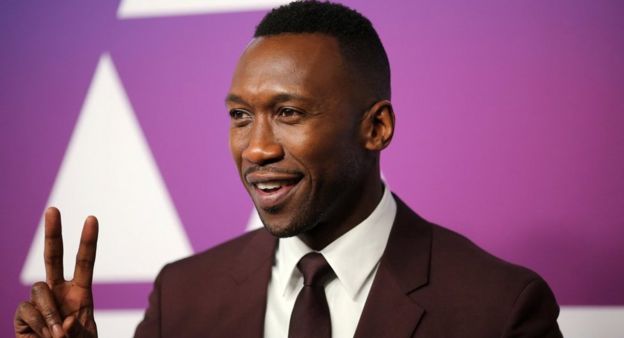 However, a far more important acting performance than that was, of course, his role as the Spice Girls' manager in 1997's Spice World.

"I had two big results of being in Spice World: The Movie," Grant told James Corden in November.

"Lena Dunham wrote four episodes of Girls for me to be in, because she'd seen me in Spice World, and Adele sent me a ticket to come and see her in London because she was also a Spice World: The Movie fan."

5. Glenn Close currently holds the dubious title of actress with the most Oscar nominations to her name without a win.

That's highly likely to change this year – as she's the favourite for best actress for her role in The Wife.

Her six previous nominations are for her roles in films including Fatal Attraction, Dangerous Liaisons, Albert Nobbs and The Big Chill.

6. In both the best actor and supporting actor categories this year, four of the five nominees portray real people in their roles.

And in both categories, the one who plays a fictional character is from A Star Is Born – Bradley Cooper and Sam Elliott. 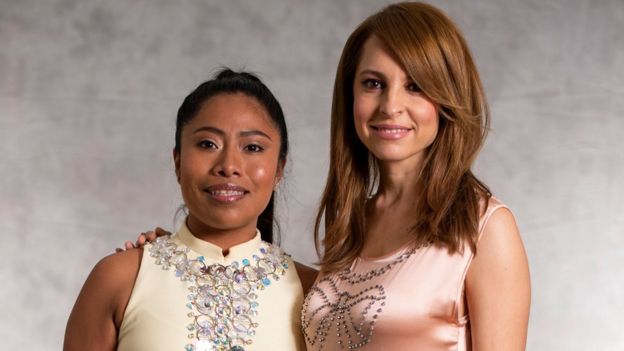 7. This is the first year Netflix have scored a nomination for best picture.

Their nod comes in the shape of Roma – which is directed by Alfonso Cuaron.

It's had a hugely successful awards season so far – including picking up the top prize at the Baftas earlier this month.

8. Roma's star – Yalitza Aparicio – had never acted before when she was cast.

Other stars to score a best actress Oscar nomination with their first film include Quvenzhane Wallis (Beasts of the Southern Wild, 2013), Gabourey Sidibe (Precious, 2009), and Hailee Steinfeld (True Grit, 2010).

9. All four of the acting prizes this year could be for portrayals of lesbian, gay or bisexual characters.

The winning actors at the Baftas all were – Olivia Colman and Rachel Weisz played lovers in The Favourite, Mahershala Ali's portrayal of Don Shirley included references to his homosexual encounters, while Rami Malek played Freddie Mercury, who was bisexual.

Last year, the winners of the four acting categories were exactly the same at the Baftas and the Oscars.

But that's less likely to happen this year, as Glenn Close is expected to triumph in the best actress category over Olivia Colman, who took the Bafta.

10. In 2008, The Dark Knight helped prompt an Oscars rule change, which expanded the best picture category from five nominees to as many as 10.

It was hoped this would allow for more blockbuster superhero films (i.e. movies the public actually go to see) to be acknowledged.

However, it's taken a decade for a superhero film to actually benefit from this rule change – in the shape of this year's nomination for Black Panther.

11. RBG's nomination in the best song category for I'll Fight is the 10th Oscar nod for songwriter Diane Warren.

Her others include LeAnn Rimes's How Do I Live (from Con Air), Aerosmith's I Don't Want to Miss a Thing (from Armageddon) and Faith Hill's There You'll Be (from Pearl Harbor).

But despite all her nominations, she has never gone home with an Oscar.

Last year Warren told Time that if she did win, "I would probably faint. They'd have to lift me out of there, I'd be so shocked." 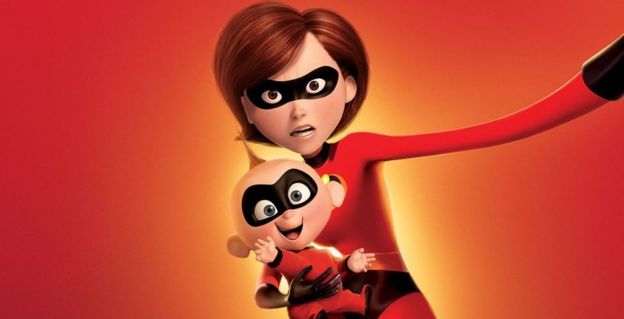 12. Incredibles 2 is nominated for best animated feature this year.

But sequels have rarely won in this category since the Oscars introduced it in 2001.

Toy Story had left an 11-year gap between the second instalment and the third – the long absence perhaps allowing the Academy's heart to grow fonder.

Incredibles 2 had an even longer absence – with 14 years between the first and second films. Could that work in its favour?

13. A Star Is Born is nominated in eight categories, but Bradley Cooper missed out on a nod for best director.

This is thought to have been at least partly influenced by a scathing New York Times profile, which criticised him for refusing to discuss how his personal life influenced making the film.

The star admitted to Oprah earlier this month he felt "embarrassed" by the snub. 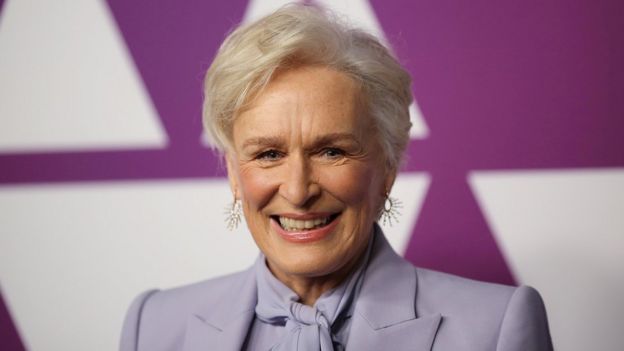 Glenn Close: Seven-time nominee, zero-time winner (but that could be about to change)

14. Chadwick Boseman wasn't originally going to have an African accent in Black Panther.

He told the Hollywood Reporter that Marvel originally suggested Wakandans should have British accents as otherwise it "may be too much for an audience to take".

But, he said: "It felt to me like a deal breaker. I was like, 'No, this is such an important factor that if we lose this right now, what else are we gonna throw away for the sake of making people feel comfortable?… Once we decided to do it, we went for it."

15. Mary Poppins Returns isn't going to have quite as big a night as the original.

It has four nominations this year, two for its music, plus best costume design and best production design.

The 1964 Julie Andrews film won five of the 13 Oscars it was nominated for – it missed out on best picture, however, to My Fair Lady.

16. Increasingly, films don't need to be released during awards season to catch the Academy's attention.

One of 2018's big successes, Get Out, was released nearly a year before the Oscars ceremony it was nominated at.

17. Christian Bale shares a birthday with Dick Cheney, who he portrays in Vice.

But it's fair to say Bale doesn't share the same politics as the former Republican vice president.

While accepting his Golden Globe award last month, Bale said: "Thank you to Satan for giving me inspiration on how to play this role."