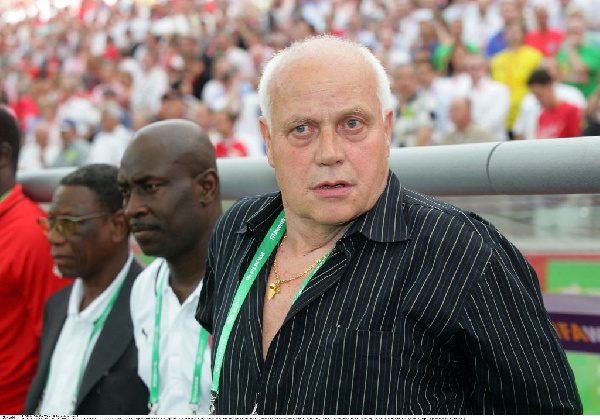 The son of former Ghana coach Otto Phister has revealed that his father was paid by the German government from 1972 to 1997, a period which included his stint as head coach of Ghana’s Black Starlets and the Black Stars.

Mike Phister revealed to Omasports’ Omar Akatugba that his father’s work on the African continent was part of a German government development program targeted at developing countries.

Mike Phister added that “under the terms of reference, his contract was with the German government. He had to provide capacity building.”

“They’ll do promotion of small and medium-sized enterprises and also sporting programs. And for that, they’ll recruit former coaches, who were willing to go and not only coach the national teams but also do organizational development for the federations.”

Otto Pfister came to Africa in 1972 for his first job with the Rwandan national team. He won the Under 17 world cup in 1991 with the Black Starlets and narrowly missed out on winning the 1992 Afcon in Senegal as the Black Stars lost 11-10 on penalties to Ivory Coast.