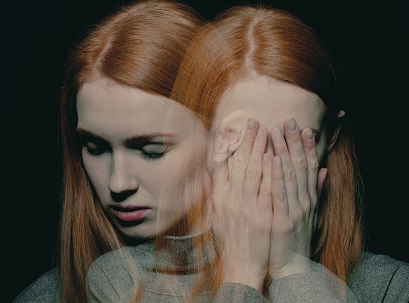 The impostor syndrome is one of those psychological concepts that has become part of the cultural lingo, probably because it resonates with so many people at some point in their lives.

Impostor syndrome refers to the sense that a person has faked, conned, or stumbled their way into a certain role, such as a choice job or a spot in a highly competitive academic program, despite clear evidence that they are undeserving that has somehow been overlooked.

The emotions that go along with this self-doubt cluster around anxiety at the prospect of underperforming, making egregious mistakes, and any other sort of gaffes that will undoubtedly lay bare one’s fraudulence.

Much of growth in life, though, requires stepping outside one’s comfort zone and taking measured risks. Part of this challenge is facing the inherent uncertainty of a learning curve as one gains experience, skills, and know-how and pursue and assume new roles. Even then, sustained effort and practice often are necessary to maintain and hone aptitudes.

ADHD is essentially self-dysregulation manifested as difficulties organizing and implementing behavior over time towards valued goals. Many of these goals are humble, everyday objectives, such as getting through school without major hassles, keeping a steady job, or sustaining a romantic relationship, all of which are more difficult for adults with ADHD than for adults without ADHD. As a colleague once commented, adult ADHD often involves working twice as hard for half as much.

Think about the perceived risks inherent in more ambitious pursuits by adults with ADHD. Such “outside the comfort zone” objectives are often fraught with uncertainty and therefore a degree of stress and anxiety for most individuals without ADHD. The nature of ADHD itself imposes a degree of uncertainty and therefore stress in most typical adult roles, much less the prospect of taking on a new challenge.

Many adults with ADHD delay again and again or even abandon some goals due to a fear of failure, often rooted in past letdowns, which further contributes to the risk for the impostor syndrome – that there is past evidence of “failures.” Even in convincing oneself to make an attempt at a goal, there may be a fear of success based on doubts of one’s ability to meet and maintain expectations once a goal has been achieved, though this may reflect a deferred fear of failure.

When facing a case of impostor syndrome and the perception that one is not meeting expectations, a first question to ask an adult with ADHD is about the evidence on which this perception is based and whether there is some truth to it.

A student may be having difficulty with assignments in a class or a newly promoted manager may struggle with the demands of the new position, which represent manageable problems. Often there is an assumption that one “should” magically be able to figure out a situation on their own if they truly deserve their current station. Consequently, if they cannot figure it out, they must be an impostor.

This mindset may get in the way of effective coping, namely asking for help or, in some cases, devoting extra time and effort to practice a necessary skill. This pattern of assuming one must do it on their own is why self-advocacy is an important coping skill for ADHD.

The self-imposed restriction on asking for help mentioned above often stems from comparative thinking—basing one’s self-view on how well one sizes up against the performance and attributes of others. Adults with ADHD are notoriously unfair to themselves when carrying out such social comparisons. They can fashion a Frankenstein’s monster from the attributes of different people that create a standard that no one can match (“I’m not as organized as Jane, or as efficient as Mike, or as well-read and Pat, or…”).

In terms of asking for help, adults with ADHD may assume that others do not need to rely on such extra support. Thus, the conclusion is that only an impostor would need it. In fact, a useful thought experiment is to consider whether the teacher or boss may have been in the same boat as the person with ADHD at some point, and perhaps benefitted from support and guidance. Arguably, all teachers and supervisors were students and supervisees at some point and received help without being impostors.

Nonetheless, there are some cases in which adults with ADHD will have to employ or adapt coping strategies for managing ADHD in order to adjust to their new roles.

There may be newfound demands on time management skills in a new degree program, or with the organizational duties of a job promotion, or another endeavor, such as practicing a musical instrument.

Again, asking for assistance is an option, including therapeutic help with fine-tuning coping skills for a new setting, which is a common target in the psychosocial treatment of adult ADHD.

Many adults with ADHD fixate on and magnify personal imperfections and difficulties in navigating new roles and goals.

At the same time, they may discount their strengths, skills, and the fact that despite any imperfections, they were admitted into the academic program, chosen and hired for or promoted to a job, and otherwise demonstrated that they deserve their status.

Imperfections can be framed in actionable, behavioral terms in order to develop coping plans, such as asking for help, prioritizing on-time arrival, or dealing with procrastination on homework. (These issues are also normalized as ongoing battles faced by most people.) Moreover, it is important to identify and acknowledge one’s positive attributes, cite specific “wins” in one’s current situation (“I passed the first exam” or “A colleague said I handled the meeting well”), and normalize patience with the learning curve in order to counter impostor thoughts. Reviewing one’s resume—an outline of one’s achievements—is a useful exercise to this end.

Such coping strategies are tailored to deal with the discomfort associated with confronting uncertainty in new endeavors—it takes time to develop competence and confidence. There are often benchmarks that provide assuring evidence, such as passing grades for a semester or a positive work evaluation, but it is easy to “yes, but” them away, as in, “Yes, I passed the class, but it was an easy one” or “Yes, I got a good job evaluation, but I might do worse next time,” the latter of which includes negative fortune-telling about “next time.”

It is possible that some roles and goals will not work out, but not necessarily due to one being an impostor. It might be an informed decision that a degree program or even a new job role is not a good fit.

This sort of scenario is different from being an impostor; instead, it represents an informed decision after having spent a forthright effort. Such an effort can be considered a positive character strength and generally results in less regret than not having attempted it.

Many of the strategies mentioned above involve recognizing and managing one’s thought processes or internal self-talk. Reviewing evidence, identifying behavioral steps toward improvement, asking for help, reassessing one’s strengths and imperfections, and normalizing the learning curve over time (along with other forms of cognitive modification and reframing options) involve a degree of personal distancing from and perspective-taking on the situation at hand.

There is a foundation of evidence that adaptive self-talk—internally referring to oneself in the second or third person—provides such distance and perspective to work through negative self-talk and arrive at a more flexible, effective plan for follow-through.2 This approach draws on a frequently heard notion that “I can provide great advice to my friends, but I don’t follow it myself.” In effect, speaking to yourself as a friend, by using your own name or as “you” (“You just need to be patient with yourself. It takes time to get used to everything, but you will.”) is a way to practice another coping skill for adult ADHD: self-compassion.

Though not exhaustive, the aforementioned skills can help counter the impostor syndrome and the associated anxiety, shame, and guilt. They help shed light on one’s authenticity of intention and competence in order to engage with valued challenges, undertake them fully, and emerge stronger and more fulfilled from the experience.