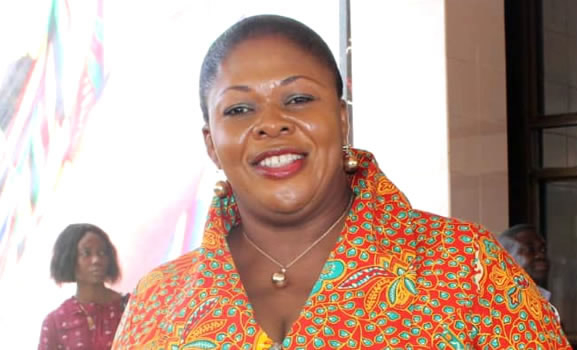 The nomination of Bono Region Minister-designate, Evelyn Kumi Richardson, has been finally approved by Parliament.

This was after a secret vote was conducted in the House to determine her fate, following objections by Minority members on Parliament’s Appointment Committee.

Out of the 210 total votes cast, 124 voted to have her nomination approved, while 85 Members of Parliament were against it. One vote was destroyed.

The Minority MPs on Parliament’s Appointment Committee did not want the new Minister’s nomination approved over what they described as perjury.

North Tongu MP, Samuel Okudzeto Ablakwa is one of the MP’s who was against Richardson’s approval

According to them, the nominee reportedly defied a government directive for appointees not to travel out of the country without approval.

She was also accused of allegedly spending $54,000 of state funds on a private trip to Canada while serving as Municipal Chief Executive (MCE) of Sunyani in 2017.

Doubts were also cast on her doctorate degree (Ph.D.) qualification.

Minority members on the Appointment Committee claimed she had bestowed on herself the academic title although she failed to provide proof of such on her curriculum vitae (CV).

It is not known whether or not, she has provided documents to back her claims on the academic qualification.