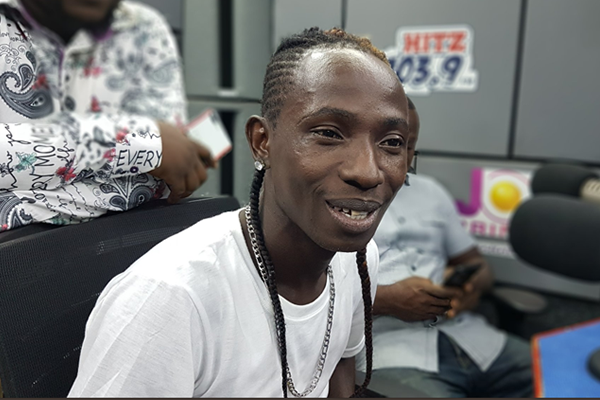 ‘One Corner’ artiste, Patapaa has apologised to all the media persons who came to the Kotoka International Airport (KIA) to welcome him home after his Europe tour.

The artiste, speaking on Daybreak Hitz on Hitz FM said the media did not deserve to be treated the way he did especially because they helped push his career when he had no one.

The artiste disclosed his anger at KIA stemmed from the non-payment of his performance fees in Norway during his Europe tour.

He explained, his manager only revealed that to him at the airport, which got him angry.

Patapaa wondered why he was not given his share of the £1,000 after he performed.

The artiste, who was not in a good mood after landing in Ghana ignored the handful of people at Terminal 3 of the Kotoka International Airport (KIA) to welcome him from his European tour.

The people, including media persons, were shocked to see a visibly angry Patapaa, who was clearly not happy to see them.

Several attempts to get Patapaa to speak to the media proved futile.

Many people after seeing the video of an angry Patapaa at the airport, speculated he was not pleased to perform to only three people at his Norway show.

The artiste told Andy Dosty, host of the show, his anger had nothing to do with the attendance at the show.

He explained he told the journalists he will speak on Friday because he was hoping he would have received his payment and all issues with his tour manager resolved.

Patapaa stated the media was too quick to judge and insult him for his action without knowing the details.

He stated, their response to his actions worried him and thus apologised for offending anyone who was expecting more from him.