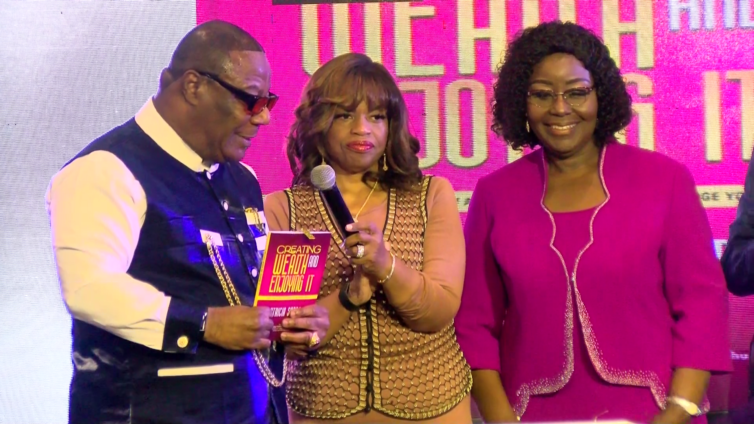 The immediate past President of the Chartered Institute of Bankers, Patricia Sappor has underscored the need for households to plan their finances to safeguard against uncertainties in the future.

According to her, many people in the working class do not financially plan in preparation towards their retirement.

Speaking at ceremony to launch her second book titled, ‘Creating Wealth and Enjoying it’, Mrs. Sappor stressed that financial planning must be pursued by every individual.

“The inspiration to write this book is about my own experiences and about financial planning, and what I have seen about the lives of other people who have not managed their finances well. During the latter part of their lives there is a dramatic change, negatively. I have seen other people too who have really managed their finances well, and they have clean money and they are enjoying clean money” she told journalists after the launch.

The book, which took over four years to put together, takes the reader on a tour of how personal stories and experiences from people who have encountered the author have shown that those who plan their finances with the future in mind live better lives and acceptable standard of living in the latter part of their lives as against those who do not

This book, ‘How to Create Wealth and Enjoy It’, according to Ms. Sappor is aimed at creating awareness and providing information on how one can plan and do simple things which can make a difference in their finances later on in life.

“I believe the information in this book will be beneficial to anyone who reads it especially those who earn salary,” she added.

As a Chartered Banker and the Immediate Past President of the Chartered Institute of Bankers, Ghana, Mrs. Sappor noted that the book will serve as a road map and a key driver to attaining financial independence.

The 160-page book is divided into four parts: a) Wealth Creation Basics; b) Growing Your Wealth; c) Managing Your Wealth; and d) Retirement. The book was published by Spearhead Consult and designed by Indes Procom Ltd.

Rt. Rev. Mrs. Patricia Sappor is a Chartered Banker and the First Female and Immediate Past President of the Chartered Institute of Bankers, Ghana, in the 43-year history of the Institute. She has over 33 years of banking experience with 22 years in Ecobank in various roles. She is a Bishop of the United Denomination of Action Churches (UDAC) founded by Archbishop Nicholas Duncan- Williams

She is currently the Resident Bishop of the Blessings Cathedral and Regional Bishop overseeing four branches of UDAC. She has mentored and supported many young ladies to live purpose driven lives. As the author of ‘The Christian Woman – Secrets To Enjoying Your Marriage’ she has been honored by several bodies for professionalism, integrity and contribution to society. She is married to Mr. Frederick Sappor, a Chartered Accountant and they are blessed with three children and three grandchildren