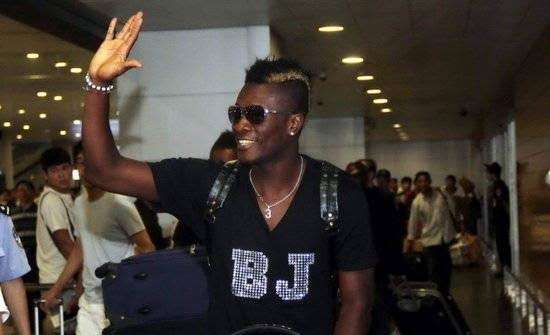 Black Stars captain Asamoah Gyan has touched down at the Pudong Airport in the Chinese city of Shanghai ahead of his mega deal to Chinese side Shanghai SIPG.

The Black Stars captain made quick stops for interviews autographs as he made his way through a sea of affectionate supporters who had thronged to the airport to catch a glimpse of the Ghanaian superstar.

Gyan is reported to have been whisked to a hotel where he will complete a medical and other formalities.

The former Sunderland striker is expected to sign a deal worth $350,000 a week which will make him the eighth highest paid footballer in the world.