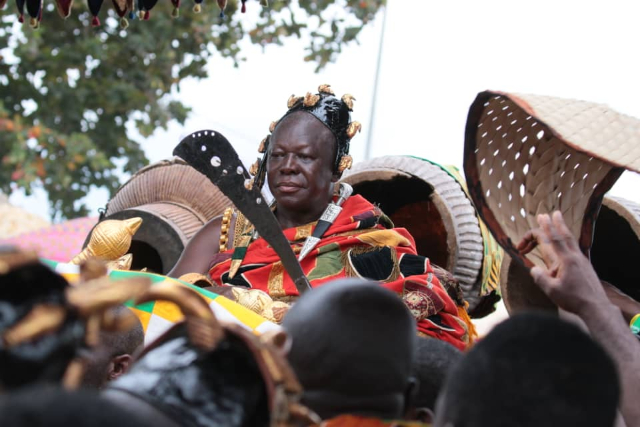 Otumfuo Osei Tutu II has set foot in the kingdom of his traditional rival, Okyeman.

It is one small step for the king, one giant step for Asanteman-Okyeman relations.

When an Asantehene tried to set foot in Okyeman some 301 years ago, one shot sunk the warrior into a watery grave in the Pra river.

That day in 1717 was Opemsuo Osei Tutu's last as his dreaded army, victorious in dismantling the Denkyira empire, was halted in their tracks before returning to Kumasi.

That was one shot for Akyems, one giant shot at Asanteman's imperial agenda.

This is 2018. There is no territory to push for, only poverty to push out.  And there is nothing ethnic about a child's inability to read and write or do simple maths.

And so the two kings – Otumfuo Osei Tutu II and Osagefo Amoatia Ofori Panin – are using their influence to create a deeper sense of unity – that virtue found to have magnetic ability to attract development.

They have used the 75th anniversary of the passing of Okyehene Nana Sir Ofori Atta I credited to have transformed the kingdom into an influence felt faraway at shops of Abossey Okai spare parts dealers in Accra. 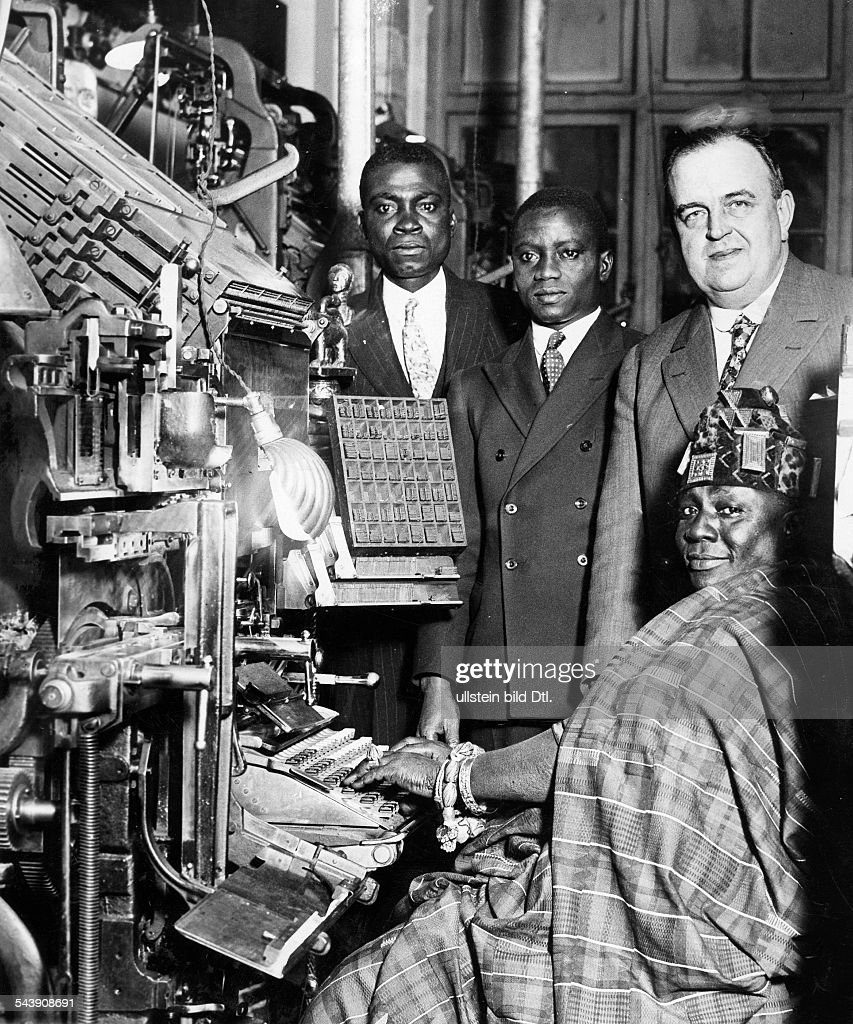 The king died in 1943 aged 62  but the Ofori-Attas have become a name that points to economic and political influence in Ghana.

And so almost the entire government machinery has descended in Kyebi ditching their usual package in suit and ties and finding fresh pride in kente cloth.

More than a 100 important chiefs have been arranged glittering under huge umbrellas in their regalia that included pops of gold.

Multimedia journalists Erastus Asare Donkor, Elton John Brobby, Edwin Kofi Siaw remain an important lense through which Ghanaians get to see and understand history among a generation that is more likely to recall Gordon Guggisberg's birthday but not Opemsuo Osei Tutu's death day.

Otumfuo Osei Tutu II rolled out of his kingdom in the Ashanti region in his Rolls Royce Phantom valued conservatively around $500,000.

Otumfuo, whose kingdom was founded by Osei Tutu in the 16th century rode in the BMW creation founded by British manufacturer Henry Royce.

His car prowled the streets examining the roadworthiness of the 132km journey from Kumasi in the Ashanti region to Kyebi in the Eastern region.

Over there in Kyebi, the Okyehene would be waiting for his golf partner the Asantehene. He sat on a thick gold-coated throne which the colonial British would have perhaps be glad to snatch if you gleaned the history of the war over the golden stool.

Etched in gold on the Okyehene's throne is the nation's motto 'Susubribi' and he was surrounded by no mean persons.

The President's Finance Minister Ken Ofori-Atta stood behind the king half bare-chested beaming with pride which is expected to reflect in his introductory history lessons to MPs and shouts to dead royals when he comes to Parliament in November.

The President's Executive Secretary and fashionista Nana Asante Bediatuo leaned on the King's throne in his kente. He would laugh occasionally, whisper something frequently and keep his eyes behind his regular fashion accessory – shades.

And the President Nana Addo Dankwa Akufo-Addo is also a grandson to the dead monarch Sir Ofori Atta I.

The President, his Finance Minister and his Executive Secretary are all part of an Ofori-Atta dynasty that has had a very influential hold in the government, business and law.

Asantehene who was carried to Kyebi in a BMW engine would now be carried in palanquin whose "engine" are four shoulders with powerful biceps.

The two kings exchanged history, leaving out the bits about their antagonistic era gun shots and in an era of the ballot box talked about their long friendship.

And when the Okyehene picked a verse in Psalms about 'oh how good it is when brethrens dwell together' it became obvious that the royal bromance was complete.