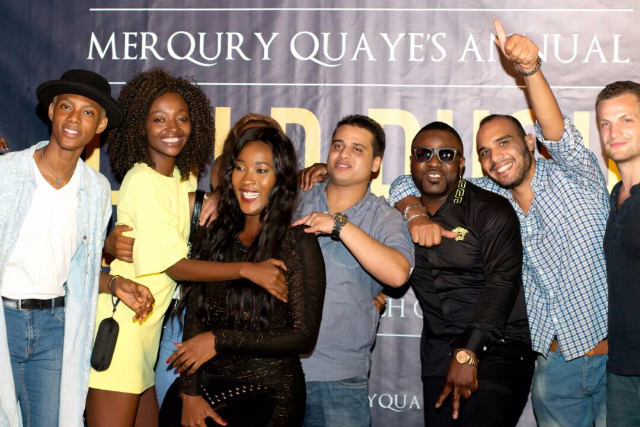 After a successful warm up party at the forecourt of the Joy FM on Friday, September 15, host of Cruise Control on Hitz FM, Merqury Quaye took his birthday party to Plot 7 night club.

The warm up party, which was attended by artistes Kuami Eugene, Choirmaster, MzVee and Guru, gave the show host’s listeners and fans a preview of what was to be expected for the main party.

On Friday, September 22, Plot 7 Nyaniba Estates in Accra, was simply the haven for some of the country’s celebrities. They came out in their numbers to join Merqury Quaye celebrate his birthday in style.

Dubbed the Gold Rush Party, the event had in attendance notable faces such as MzVee, D Cryme, Choirmaster and Kuami Eugene to celebrate the DJ, whose birthday fell on September 16.

The popular DJ, who is the brain behind the youth movement on radio ‘The Turn Up Army’, explained that the name ‘Gold Rush’ symbolises his brand.

According to him, the ‘Gold’ signifies wealth while the ‘Rush’ represents his passion for greatness – two key attributes he cherishes in life.

The dress code for the event was a classy black with a touch of gold.

See photos of the event below: