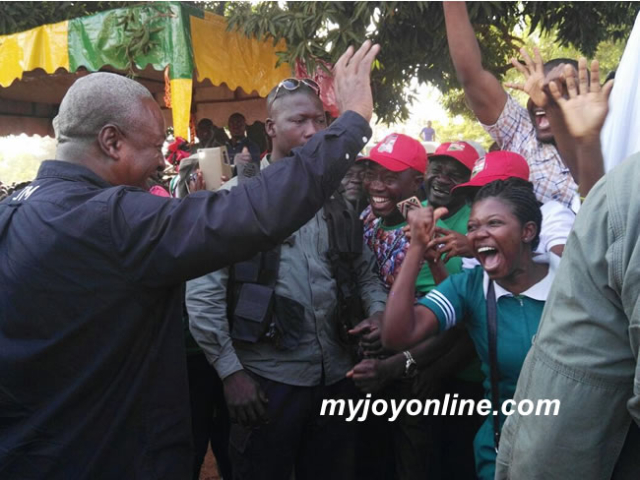 President John Mahama is in the Upper West region on his campaign tour as Ghana gets into countdown mode for the December 7 general elections.

The presidential candidate of the governing National Democratic Congress (NDC) arrived at Nanadom to meet chiefs and people and some very enthusiastic nurses too.

Former Attorney-General Betty Mould-Iddrisu and now Second Vice-Chair of the governing NDC with some party executives.