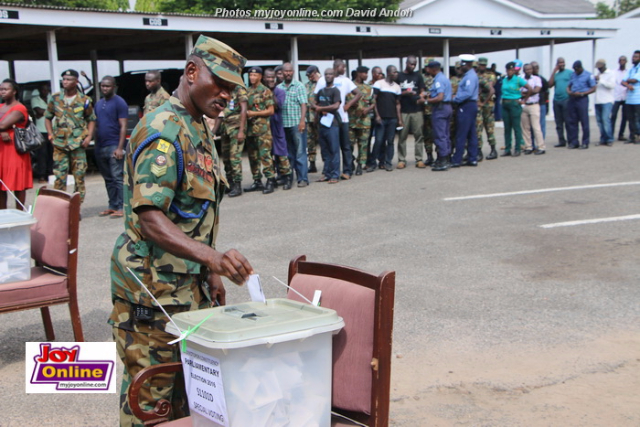 The exercise which provided an opportunity for professionals who would be playing key roles in next Wednesday's general elections was generally calm and peaceful.

There were some worrying developments in the process especially the missing names of both security and media personnel which resulted in their inability to vote.

However, the EC in a statement said it would afford individuals who could not vote in the exercise another opportunity to do so in the coming days.