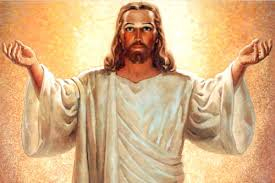 The President of Women in Ministry at the 14th District of the African Methodist Episcopal (AME) Church has added her voice to the call by two two Ministers of the Methodist Church in Ghana, for the removal of pictures depicting Jesus as a white man Churches.

Reverend Margaret Fadehan says paintings by Michaelangelo di Lodovico Buonarroti Simoni- the Italian sculptor, painter, architect, poet, and engineer- portraying Jesus as a white man are fake. According to the Nigeria-based minister, members of the AME Church have always believed "Jesus is Black".

Speaking on Radio Univers' Pan African Development Program – Inside Afrika – Rev. Fadehan said "I do agree that it is about time we take away those white paintings from our walls, and I don't think we need to waste time on that".

She said she was not surprised that just as it is the case in Nigeria and Ghana, white images of Jesus Christ are still prevalent because both countries were colonised by the British.

Last week the Superintendant Minister of the Methodist Church in Ashaiman Rev. Anokye Ababio and Rev. Dr. Robinson A. Milwood, a Jamaican born, said the time had come for Ghanaian and African churches in particular, to get rid of images depicting Jesus Christ as a white man.

Dr Milwood  who was trained for the Methodist ministry at the Queen’s Ecumenical Foundation College in Birmingham UK said: "There is no evidence that there was ever a White Jesus".

He further pointed out that "Jesus was 100% an African; and if you look at Matthew 1:1-17 which is called the genealogy from Abram to David all the names there were African names; none was French or German or British.

On his part Rev. Anokye Ababio said the introduction of fake images by Europeans was partly to blame for the inferiority complex and dependency syndrome among Africans.

According to the Superintendant Minister of the Methodist Church, the British used their version of Christianity and the fake images of Jesus Christ "as a bedrock or as tool to carry out an agenda which was nefarious and evil in its intent".