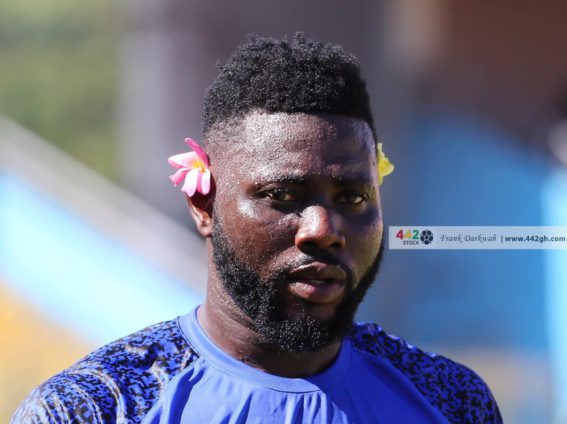 Hearts of Oak made their return to the CAF Champions League with aplomb last season, brushing aside bitter rivals, Kotoko on their way to winning the league title.

In the build-up to their first fixture against CI Kamsar, all the hysteria surrounded the club’s administration and acquisition of new players such as Gladson Awako, to augment their squad.

Courtesy two late goals, Hearts managed to run out winners and besides the tactical ingenuity displayed by Samuel Boadu, something more unconventional caught the attention of the football community.

Ahead of kickoff, players of the rainbow club emerged from the tunnel clad in their new jersey and a souvenir – flowers behind their ears. This seized the attention of fans and others before and after the game with the conversation even finding its way to social media.

The allegations of black magic or ‘juju’ which usually surrounds local clubs did not escape Hearts after this stunt, with many opposition fans leveling such claims against the club.

There have been mixed reactions after these pictures emerged. Here are some tweets on the topic:

In some other news, Hearts of Oak players came to the pitch with flowers tucked behind their ears as the phobians lock horns with CI Kamsar at the Accra stadium in the preliminaries of the CAF champions League. Eiiish 😃😂 pic.twitter.com/Sku58wyaxt

Hennes the billy goat takes to the field first,before football can be played in Cologne.

Before every Benfica match an Eagle flies around the stadium & lands on the club's crest.

WestHam has made bubble a part of the matchday experience.

Who won the match over the weekend?
Accra Hearts of Oak or
The Flowers?

Hearts of Oak players kmt tunnel, flower dey each player en ear en back .. when that one too come 😂😂😂

Next time I dey go stadium I go put flowers for my ear top.
This one wey u no see before errrh okay now you see am.
Phobiaaaa Phobiaaa.
We are the Mighty Accra Hearts Of Oak.
This no be Juju wai,e be moral booster e be our tradition wai
This is @HeartsOfOakGH pic.twitter.com/efyF8NowPl