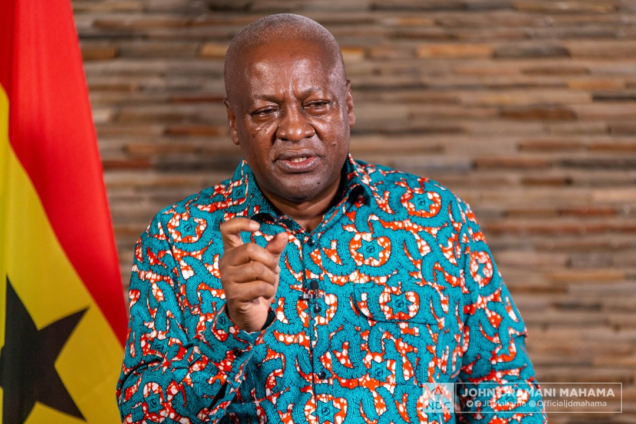 The Presidential Candidate of the National Democratic Congress, John Mahama has addressed the nation for the first time since the Electoral Commissioner announced the results of the presidential election.

Based on the results of Monday, December 7 votes, the presidential candidate of the New Patriotic Party, Nana Akufo-Addo emerged winner of the 2020 elections with 51.302% of total ballots cast.

Although his party, the NDC has held two press briefings after the declaration, Mr Mahama is yet to comment publicly on the matter.

For the NDC, the Electoral Commissioner, Jean Mensa has rigged the results for President Akufo-Addo, thus, will not accept the result.

Watch the livestream below: