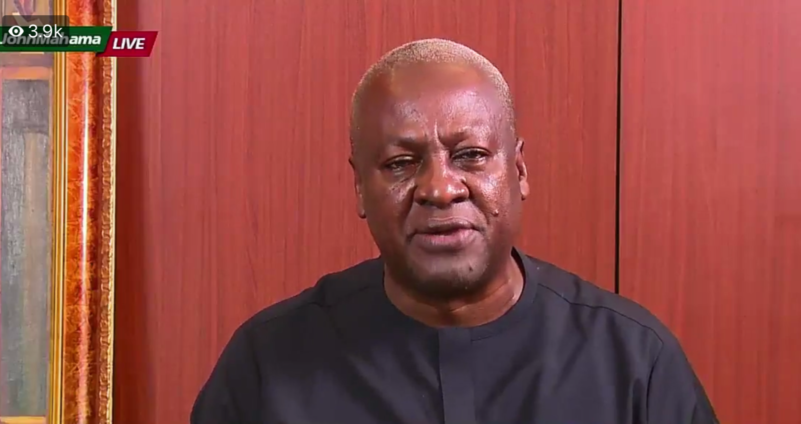 The flagbearer of the opposition National Democratic Congress (NDC) John Dramani Mahama was at Kete Krachi in the Krachi West District of the Oti Region.

As part of his tour, the former president granted an interview via Facebook live.

Apart from Facebook, the stream is also expected to be repeated on some television stations after the live session.