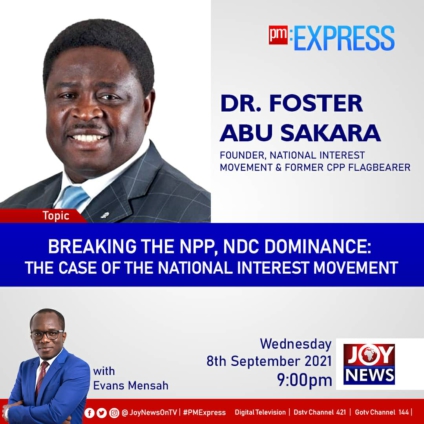 Since the inception of the Fourth Republic in 1992, it is only these two parties, out of the many political parties, which have governed the country.

The 8th Parliament has been described as a hung Parliament because both the NDC and NPP have almost the same number of representatives in the House.

Host, Evans Mensah interacted with former flagbearer of Convention People’s Party (CPP) now Founder of National Interest Movement, Dr Foster Abu Sakara to discuss the dominance of the two parties and whether the current situation is in the national interest.