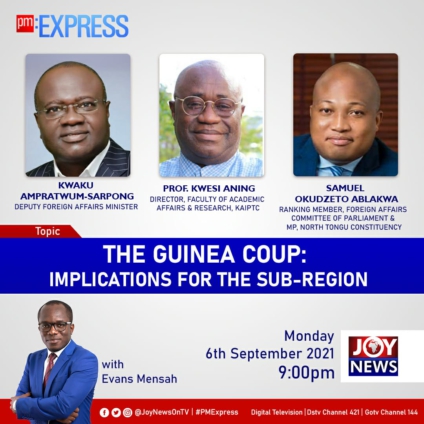 On Sunday, a Guinean military officer announced that the country’s constitution has been revoked following a coup.

Sources reveal that President Alpha Conde has been arrested.

Following this unfortunate incident, the Economic Community of West African State (ECOWAS), has condemned the Guinean military’s arrest of Alpha Conde and demanded his release.

Also, ECOWAS is demanding a return to constitutional rule, stating that failure will attract sanctions.

Tonight on JoyNews, PM Express took a look at the implications of the coup on other countries within the sub-region.