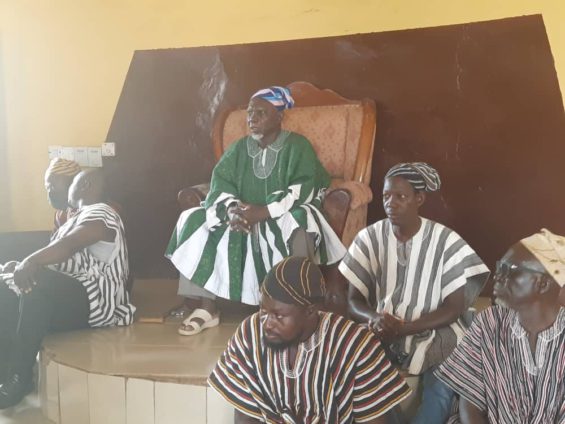 The Chief of Lamashegu in Tamale, Ziblim Abdulai has cautioned residents in the metropolis not to see the current brouhaha surrounding the illegal connection as a basis to stop paying their electricity bills.

He said if people resist the payment of these bills the area could be thrown into darkness.

“People should not think that with what is happening we will not pay for power we have used, the development cannot stop us from paying,” he cautioned.

The Chief of Lamashegu said this when the Northern Regional Minister Alhaji Shani Alhassan Shaibu met him in his palace to seek his support to resolve the recent disturbance in the area.

Lamashegu, a suburb of the Tamale metropolis, was one of the areas the police brutalities occurred during the NEDCo inspection of illegal users of powers on September 20.

The Northern Region has been ranked the highest with 48% in power theft in the country whiles the Tamale Metropolis has a 52% power loss due to illegal connections.

The LamasheNaa said the residents will continue to do business with NEDCo therefore there is the need to find an amicable solution to the current happening in the area.

“If someone is owing NEDCo and they suspect they don’t want to pay, NEDCo can even sue them without involving the police and the court will then determine how the person should pay,” he said

Naa Ziblim added that even though the people owning were wrong, the brutalities were something that should not have happened.

The Chief said the people cannot live without the police and appeal for calm. “if we are fighting and there is no police won’t we kill ourselves but if the police are available people we won’t kill themselves,” he added.