Police vow to smoke out, prosecute perpetrators of instant justice 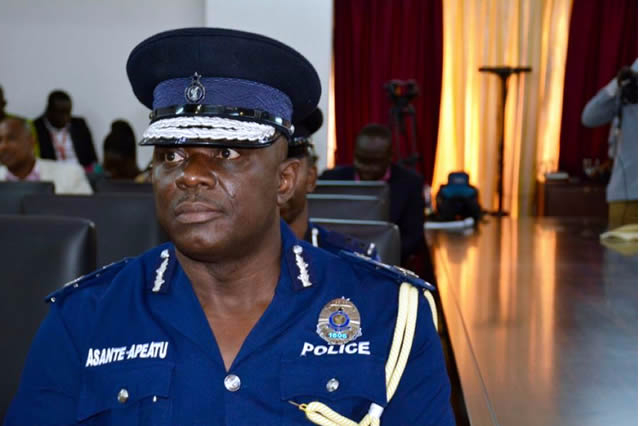 The Inspector General of Police (IGP) has condemned the recent acts of instant justice visited on persons suspected of committing crimes in parts of the country.

David Asante Apeatu has vowed to smoke out the perpetrators and put them before court.

Speaking at the Ghana Police Service annual West African Security Service Association (WASSA) get together at the police headquarters in Accra, Friday, the IGP said although the Service has chalked up a lot of successes, pockets of security challenges have been a drawback.

He singled out pockets of robbery, petty stealing, avoidable road accidents, communal clashes and the recent upsurge in mob action as some challenges which undermine police efforts to create a safe environment for all.

"Jungle justice must not have a place in our society. I want to assure that those who perpetrated those acts of lawlessness would be pursued and made to face the full rigours of the law," he said.

In January this year, the family of a taxi driver, Awudu Ibrahim, 22, lynched at Sawaba in Kumasi for knocking down a pedestrian demanded justice after the accident victim was treated and discharged for minor injuries.

The driver was dragged out of a gas station where he sought refuge after the accident and beaten to a pulp.

A graphic video of the deceased being beaten with sticks has attracted angry reaction after it went viral on social media.

Last Wednesday, police in the Ashanti Region capital, Kumasi, arrested an unspecified number of traders who stripped naked and beat up a lady alleged to have stolen items at the Kumasi central business district.

A screening exercise took place later to identify those who actually participated in the brutal treatment meted out to the unidentified lady.

This was after a video went viral on social media of a fair lady seen stripped naked and sexually assaulted in public by a mob over the alleged theft.

Mr Apeatu pledged that the Police Service will work to build on the successes chalked up by his predecessors, adding his administration would in the coming days roll out in full a new strategic direction towards dealing the problem.

"My strategic direction would accelerate our quest to translate our vision of becoming a world-class police service capable of delivering planned, democratic, protective and peaceful services to the standard of international best practice.

"In line with the government vision for the Ghana Police Service, my administration would review and restructure key elements of the service as well as provide the state of the art policing tools," he added.

According to him, he will pursue a comprehensive capacity building programme while recruiting critical skills, improve police-public ratio.

"At the center of this strategy is building a more motivated professionalized apolitical and client oriented police service. We are motivated by your SONA in which you made it clear that in which you told Ghana and the rest of the world that you are in a hurry to see progress and results.

“We in the police leadership are also in a hurry to transform the police service and make it a world-class organization. In fact, we are in a state of urgency," Mr Appeatu said.