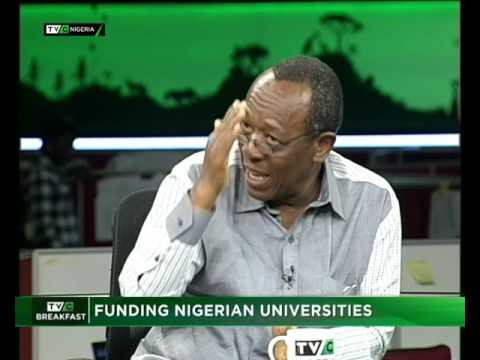 The Police’s arrest of a Nigerian Professor formerly with the University of Education, Winneba (UEW) has been criticised by a law lecturer and legal practitioner.

Justice Srem Sai of, who lectures at GIMPA and Kofi Bentil, the vice president of IMANI Africa Vice have reprimanded the Ghana Police Service force for its “unlawful” and “emotional” arrest of the lecturer.

Justice Sai said there was no basis for such an arrest if all they wanted from him is information.

“Arresting him amounts to forcing him to speak,” he told the host of Joy FM/MultiTV’s news analysis show, Newsfile on Saturday.

Professor Augustine Nwagbara was invited by the Criminal Investigations Department (CID) and cautioned for his inciting comment in a video which has gone viral.

The scholar who had been on a sabbatical at the UEW’s Applied Linguistics since October 2018, made the headlines after calling on his countrymen to act against Ghanaians badmouthing of Nigerians.

In the video, the lecturer made unsavoury comments about Ghana’s police and educational system.

He has since been sacked by the Central region-based university after its internal disciplinary process found him culpable of gross misconduct.

According to him, since anything they get from him may be given under duress, it may not stand in court.

“There was absolutely no need to arrest him,” he added, explaining that nothing in Prof. Nwagbara’s comments is linked to a criminal offence.

Also criticising the police’s action was the vice president of policy think-tank, IMANI Africa, Kofi Bentil, who was also on the show.

According to him, the law enforcers acted emotionally in their arrest of the lecturer.

Mr Bentil wants the police to focus on dealing with crime and keeping law and order their core functions.