‘Politicians should not behave like King Herod’ – Apostle Opoku Onyinah 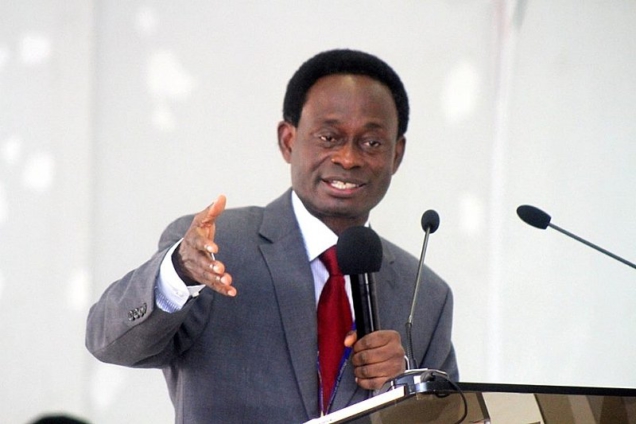 His self-aggrandizement was phenomenal as he was only concerned about his comfort and position, and cared less about the welfare of the people.

King Herod, also known as ‘Herod the Great’ was a Roman client King of Judea in Israel, who reigned between 37-4 BCE.

Jewish historians and religious theologians say King Herod ordered the massacre of the innocent children during the time of the birth of Jesus Christ.

Apostle Opoku Onyinah, delivering the sermon at Parliamentary End of Term Thanksgiving Service/Festival of Nine Carols, at the weekend, said politicians should not concern themselves with benefits their positions would bring to them, but work towards ensuring the welfare of every citizen.

He entreated them to humble themselves and do the needful that would inure to the benefit of all citizens.

“God has a purpose for everyone of us.God created us in his own image and so we should allow the holy spirit in us to speak to us and do the right thing that will benefit humanity.

“Parliamentarians who have finished their work should not force their way into the system but should rather seek God’s guidance on what they could do to support their neighbours and humanity,” he added.

The event was characterized with bible readings, hymns and carols, amid singing and dancing.

It was graced by Vice President Dr Mahamudu Bawumia, the Special Guest of Honour, who read the ninth bible lesson.

The gathering thanked God for a successful tenure of the Seventh Parliament of the Fourth Republic and ensuring a smooth and peaceful general election this year.

They prayed for a peaceful environment and unity of the nation so that the Government could implement policies and programmes to enhance the welfare of all Ghanaians.

The ceremony was attended by members of Parliament, the Clergy, heads of public institutions and the diplomatic community.