Pope: 1 in 50 clergy are paedophiles - MyJoyOnline.com

Pope: 1 in 50 clergy are paedophiles 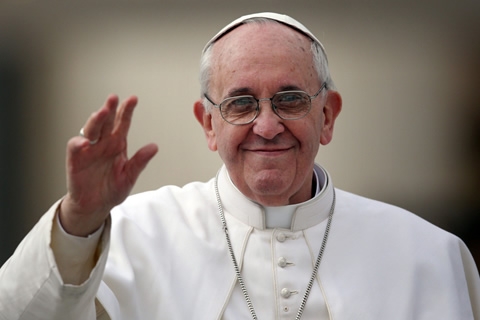 Pope Francis has been quoted as saying that reliable data indicates that "about 2%" of clergy in the Catholic Church are paedophiles.

The Pope said that abuse of children was like "leprosy" infecting the Church, according to the Italian La Repubblica newspaper.

He vowed to "confront it with the severity it demands".

But a Vatican spokesman said the quotes in the newspaper did not correspond to Pope Francis's exact words.

The BBC's David Willey in Rome says there is often a studied ambiguity in Pope Francis' off-the-cuff statements.

He wants to show a more compassionate attitude towards Church teaching than his predecessors, but this can sometimes cause consternation among his media advisers, our correspondent adds.

In the interview, Pope Francis was quoted as saying that the 2% estimate came from advisers. It would represent around 8,000 priests out of a global number of about 414,000.

While the incidence of paedophilia in the general population is not accurately known, some estimates have put it at less than five percent.

"Among the 2% who are paedophiles are priests, bishops and cardinals. Others, more numerous, know but keep quiet. They punish without giving the reason," Pope Francis was quoted as saying.

"I find this state of affairs intolerable," he went on.

Above the interview La Repubblica ran the headline: "Pope says: Like Jesus, I shall use a stick against paedophile priests."

Last year Pope Francis strengthened the Vatican's laws against child abuse and earlier this month begged forgiveness from the victims of sexual abuse by priests, at his first meeting with victims since his election.

Many survivors of abuse by priests are angry at what they see as the Vatican's failure to punish senior officials who have been accused of covering up scandals.

Asked in the same La Repubblica interview about the celibacy rule for priests, Pope Francis recalled that it was adopted 900 years after the death of Jesus Christ and pointed out that the Eastern Catholic Church allows its priests to marry.

"The problem certainly exists but it is not on a large scale. It will need time but the solutions are there and I will find them."