Pope John, others sail through in NSMQ qualifiers - MyJoyOnline.com

Pope John, others sail through in NSMQ qualifiers 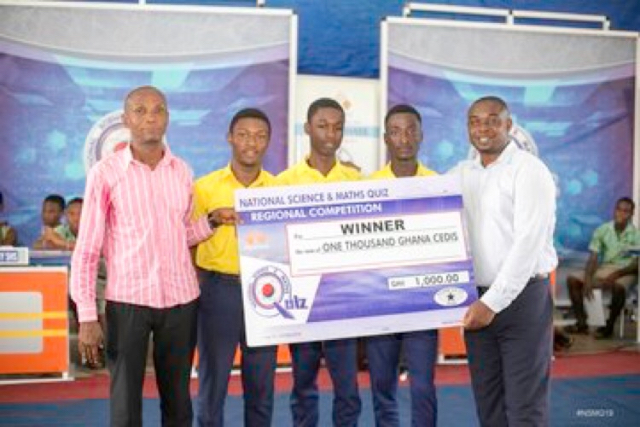 Pope John Seminary and Senior High lived up to expectation on Tuesday and recorded a resounding victory to book a qualification to the prelims of the National Science and Maths Quiz (NSMQ).

Salvation Army SHS followed suit with 17 points. Klo-Agogo SHS and St. Fedelis trailed in the contest and finished with nine and two points each.

St. Martins SHS followed closely with 24 points. The rest of the contestants failed to put up a fierce fight and ended up with single digit points only.

Saviour SHS picked the last slot for the day with 25 points. They usurped Oyoko Methodist SHS who led the contest for most rounds.

Oyoko Methodist was runners’ up finished with 20 points. Akroso SHTS and Oda SHS ended the contest with 11 and 8 points respectively.