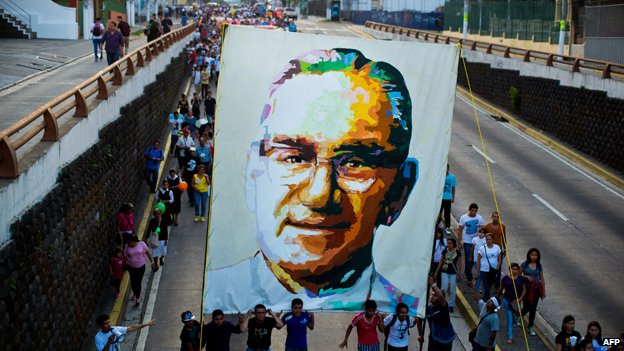 Pope Francis has lifted a ban on the beatification of murdered Salvadoran Archbishop Oscar Romero.

For years, the Roman Catholic Church blocked the process because of concerns that he had Marxist ideas.

An outspoken critic of the military regime during El Salvador's bloody civil war, Archbishop Romero was shot dead while celebrating Mass in 1980.

Beatification, or declaring a person "blessed", is the necessary prelude to full sainthood.

The bishop was one of the main proponents of Liberation Theology – an interpretation of Christian faith through the perspective of the poor.

On Monday, the Pope said he was hoping for a swift beatification process.

"For me Romero is a man of God," the pontiff told journalists on the plane bringing him back from a trip to South Korea.

"There are no doctrinal problems and it is very important that [the beatification] is done quickly." 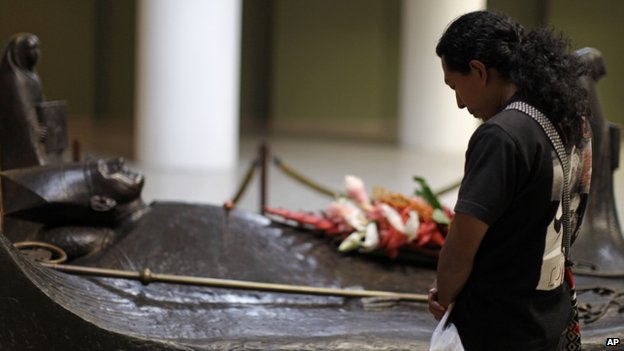 Archbishop Romero was buried in the cathedral of San Salvador

It seems Francis hasn't finished wielding his new broom at the Vatican just yet, despite being Pope for more than a year now. After peering into the dark corners of the Vatican's banking system, and pushing an inclusive brand of Catholicism, he's now tackling what's been a painful episode for many Catholics.

Francis's decision to send the case of the Archbishop Romero to the Vatican's saint-making office flies in the face of what his two predecessors advocated. Indeed, Francis's own instincts early on in his Church career also tended to be suspicious of Romero's Liberation Theology, preferring clerics to steer away from political analysis and advocate salvation through prayer instead.

Yet many Catholics have been puzzled as to why a man killed for standing up for the Poor, has for so long been ignored by a Church which claims to speak for them. The Pope's comments don't mean he's changed his mind on Liberation Theology but may be an acknowledgment that, for many Catholics, Oscar Romero is already a saint – in practice, if not in name. 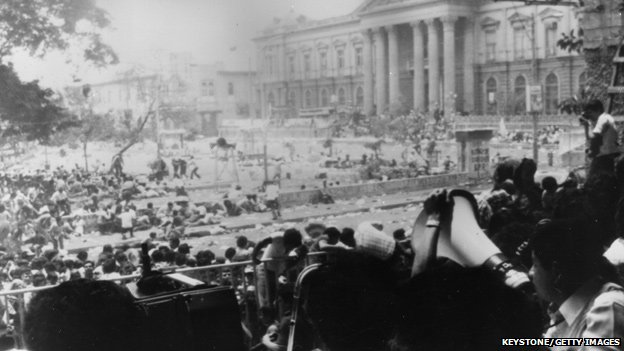 Archbishop Romero's funeral was also attacked and dozens were killed

Archbishop Romero denounced the right-wing death squads that operated in the Central American nation at the time and the oppression against the poor, calling for an end to all political violence.

Left-wing rebels fought an insurgency against the US-backed right-wing government.

Archbishop Romero was killed on 24 March 1980, aged 62, after ending his sermon in the capital, San Salvador.

No-one has ever been convicted in connection with his murder.

In 2010, then President Mauricio Funes – El Salvador's first left-wing leader since the end of the civil war – made an official apology.

"I am seeking pardon in the name of the state," Mr Funes said as he unveiled a mural honouring Oscar Romero at El Salvador's international airport.

The archbishop, he said, was a victim of right-wing death squads "who unfortunately acted with the protection, collaboration or participation of state agents".