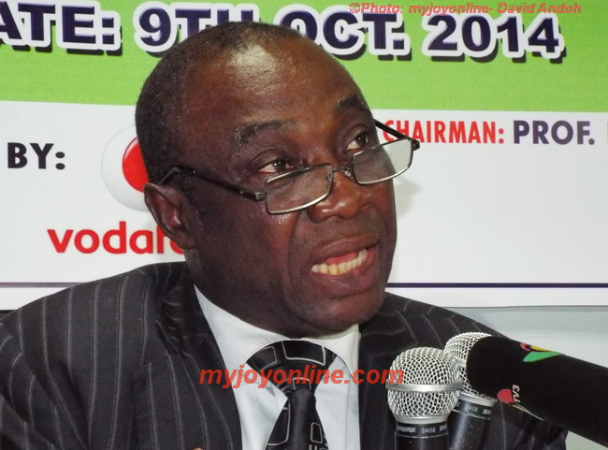 The current power rationing is not likely to end by the end of the year as originally promised by Power Minister, Dr. Kwabena Donkor.

The Minister says although government is working assiduously to meet the 31, December 2015 deadline, more time might be needed to deal completely with the issue.

Dr Donkor made news earlier in the year when he said in an interview with Joy News that he will resign from his position if he is unable to end the power crisis by the end of the year.

He has been heavily criticized for failing to handle the situation as the crisis seems to have worsened, crippling many businesses and forcing others to lay off their workers in order to cut cost.

However, briefing Parliament’s Assurances Committee on progress made so far with regards to the power crisis, Dr Donkor said he still stands by his promise but a two-week extension into the New Year will help solve the situation entirely if things work according to plan.

According to him, if the FPSO Kwame Nkrumah – which supplies gas to the Atuabo Gas Processing Plant – and the Sunon-Asogli Plants do not face any hiccups then “technically load shedding should end by the end of this year but the caveat is that 'barring any unforeseen circumstances'.

“For example, if the FPSO Kwame Nkrumah which supplies gas to the ATUABO gas processing plant should trip, it will mean we will lose about 230MW of power in the Aboadze corridor. If this happens then it means we will have a challenge.

“All things being equal, at the end of this year…that is seven days from today the load shedding will end. But the only caveat I will throw in is that the end of the year can move up to about two weeks of the New Year.

“In the context and a broader understanding of issues a two-week slippage will still be the end of the year,” he said.