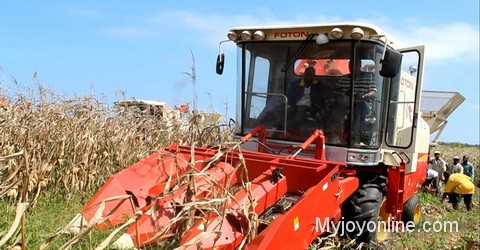 President John Dramani Mahama will spend the afternoon of Wednesday, January 07, on the farm of a young cocoa farmer at Assin Senchem in the Central Region.

He will join the farm owner and his workers to work on the farm and use the opportunity to encourage more young people to go into large scale farming.

In the morning, the President will inspect of a Guard of Honour and preside over a Change of Guard Ceremony at the forecourt of the Flagstaff House to commemorate the second anniversary of his administration.

Changing of Guard is a formal, often elaborate and well choreographed ceremony during which uniformed men and women who provide guard duties at important state institutions like the seat of government, the Flagstaff House, are relieved by a new batch of colleagues.

What was previously an internal exercise was elevated into a monthly public Change of Guard ceremony by President John Dramani Mahama  in 2013.

The practice was common during the First Republic but fell on the blind side of national ceremonial activities thereafter.

Wednesday's ceremony will be witnessed by Vice President Kwesi Bekoe Amissah-Arthur, Her Ladyship the Chief Justice, the Rt. Hon. Speaker of Parliament, Service Commanders, the Diplomatic Corps and members of the general public.