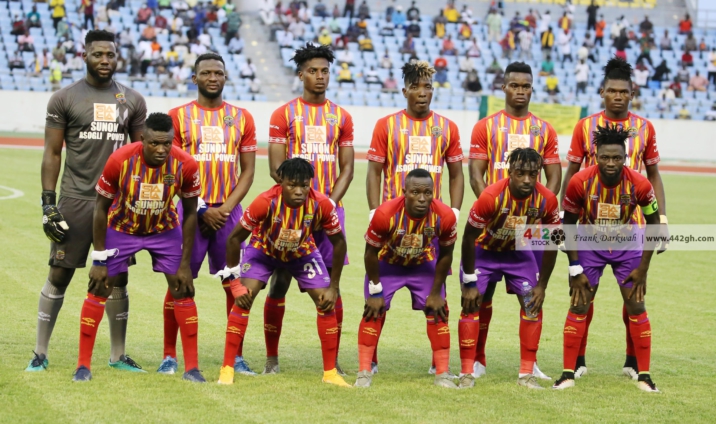 After successfully recapturing the Ghana Premier League, Hearts of Oak make a return to Africa’s elite competition, following a very long absence. The club which is part of just six African clubs to win a treble, have a case to make for themselves on the continent.

They make their return after an absence of more than 10 years and will play a single-legged tie which will head to penalties if a winner cannot be produced after regular time.

Originally, Hearts of Oak were to travel to Guinea for a two-legged encounter, but a military coup meant the game had to be moved to Accra, handing Samuel Boadu a relatively easy first test in the Champions League.

A first test for Boadu will be Hearts of Oak’s 111th game in the competition, and the club will be hopeful of adding to their 54 victories in the tournament.

Unfortunately though, the rainbow boys will have to get over their Guinean counterparts without help from their supporters, as CAF decided for the game to be played behind closed doors.

Hearts of Oak endured a tough start to their Premier League campaign last season, but a quick change in fortunes meant that the rainbow club will become overachievers – winning a league and FA Cup double.

The Phobians go into this fixture on the back of a 4-1 win over Banana Inn in a friendly. However, Boadu’s men have been shaky in prior friendly games losing 1-0 ASKO de Kara and 3-2 to newly promoted Accra Lions.

Hearts failed to score a goal in only one of their last five league games – v WAFA, at a time where the title had already been wrapped up. Nonetheless, the club registered five goals in those final five games, conceding four.

Hearts of Oak marksman, Daniel Barnieh, who was in inspired form at the end of last season, revealed that the change in the nature of the tie, is a source of confidence for the team.

“It is a one-off game so everyone will play for victory. We have confidence we can play like it’s a normal game. It’s important of course but in the end, our target is just one target; we need to win the game and advance to the next stage of the competition.”

As expected, fans of the club are bubbling with excitement about their return to Africa’s grandest stage. Led by a coach who has proved he understands the fabric of possibly Africa’s most traditional club, fans are hyped and expectant.

It is in this light marquee signing, Gladson Awako, has pleaded with fans to measure their expectations for the club in the competition.

“It’s good to be part of this competition, to take part in the African Champions League. Yes the supporters and I know the club itself want to get to the top there, which we all know isn’t that easy. It’s been a very long time that Hearts has participated in such tournament, so I will plead with the supporters that they should calm down and support us. They shouldn’t expect too much,” Awako said to Joy Sports.

Kamsar approach the encounter after a season in Guinea’s topflight, which saw them finish 12 points adrift of Horoya in first place. Their form in the final stages of the premiership, propelled them to score 10 goals in five games, while letting in a meagre two goals.

Boadu will be disappointed to miss out on Awako who has been out of camp due to illness.

More worrisome however is the fact that Boadu will be without Benjamin Afutu, who following his contract expiration, failed to reach an agreement on a new contract with the club. Nevertheless, Boadu is optimistic of his team’s chances without the midfield metronome.

Boadu will have close to a full complement of his double-winning squad with Emmanuel Nettey, Salifu Ibrahim, Barnieh and others available for selection.

Despite an injury scare, defender Robert Sowah has been passed fit and is available for selection on Sunday. Meanwhile, recruits, Salim Adams, Kofi Kordzi, Enock Asubonteng, Agyenim Boateng, Seidu Suraj and Benjamin Yorke will all be raring to have a go.

CI Kamsar’s 3-5-2 which they are expected to play on Sunday, may feature Ghanaian players; Amos Frimpong, Sampson Eduku and Martin Antwi.

With the mode of the tie suffering a change, instead of sitting back and protecting a clean sheet, both teams will look to go at it from the onset. The game being played behind closed doors serves as a blow to Hearts, who will surely have wanted their vociferous supporters in for this one.

Despite what may be described as misfortune, the onus lies on Hearts of Oak, as the home side, to take advantage of the one-legged tie and progress to the next stage of the competition.