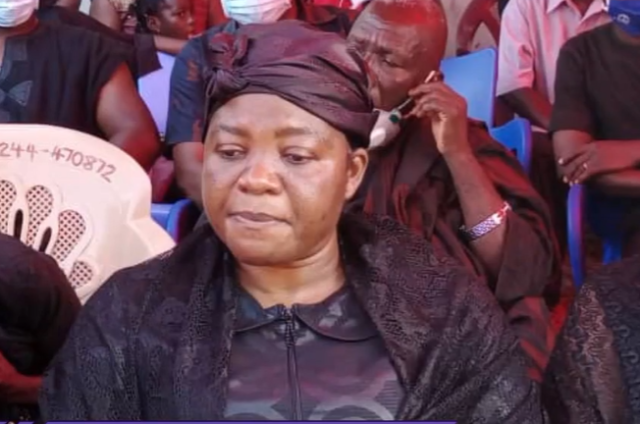 Political Parties and Pressure Groups have the same functions in any democratic dispensation. But they have a fundamental difference.

Whereas a Pressure Group seeks to influence policies and governmental actions in a manner favourable to its members, Political Parties, in the strictest sense, are formed to capture political power.

In their quest to capture political power, in transitional democracies, they resort to several appropriate and inappropriate ways and means include genuine issues-based campaigns, emotional overtures, propaganda, and other efforts to court pity and sympathy from voters.

As President of the Saltpond Forum, an association of some Saltpond citizens with membership from Saltpond and other towns of Mfantseman, I tabled a proposal to create a platform for a contest of ideas between the late Kow Kwansah Hayford and other aspiring parliamentarians in the Mfantseman constituency, in 2016.

This was accepted and hence, we organized some form of Town Hall meeting, where the aspirants debated among themselves. After the debate, it was clear that the contest was between the NPP and NDC Aspirant.

What was however unclear, was who was likely to emerge winner in the 2020 parliamentary election.

Following the election, it was not surprising that Hayford of the NPP, won, but with not too significant vote margin. It must be noted that the Mfantseman seat, though a swinging one, has since 1992, favored the NDC 80 percent more, than the NPP.

The rest of the years were enjoyed by the NDC and in my own prediction, based on the voting trends in the constituency, 2020 was going to be an election for the NDC, at least, for the Parliamentary race.

In such a situation, where a ruling party’s occupancy of a parliamentary seat is not too secured; and where the incumbent MP from the ruling party, has been allegedly murdered, what “politically wise” thing would any serious political party interested in capturing political power do?

They will by all means, appeal to sympathy, and it would be a fundamental misunderstanding of how political parties in fledgling democracies operate, to fault the NPP for imposing the mourning widow as a replacement of the MP, and slating the MP’s funeral rites one week to the 2020 parliamentary elections.

This is not the first time and we may have to endure the practice for a while, as political parties grow and democracy develops.

But just as there are two sides to every coin, the practice has its downsides. It amounts to a sheer political convenience that extols the dogmas of partisan selfishness and disregards the interest of widows and surviving children.

It also sacrifices our culture and customary protocols for political expedience.

Widows and family members who go through such experience, are denied the rite of mourning their loved ones, just because a group of people needs a certain parliamentary seat at all cost.

The widow is being made to sacrifice her job as Police Officer, for a non-Ketu-South-like seat, that she can easily win in 2020 because of sympathy, but cannot be guaranteed victory beyond the victory.

Will the party take care of her and the children, when she loses her seat and no longer has a job with the Police Service?

We must also be careful not to perpetuate this precedence. Else, very soon, some unscrupulous people who have marital issues with their spouse, may be plotting murder as a mean of getting selected to parliament.

Finally, we must be in the know that, the practice of asking widows to replace their dead husbands in parliament, may be dangerous and soon undermine quality representation, particularly, if the only driving force to push a certain segment of the citizenry to parliament, is the loss of their spouse.

I conclude by calling on political parties in Ghana to be committed to their ultimate purpose of capturing political power. But as we grow our democracy, the quest for political power must not usher us into a regime of sacrificing timeless principles, institutions, rules, customs and traditions for political expediencies.