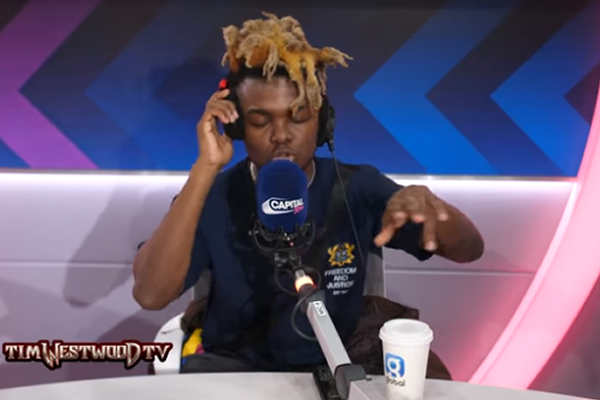 The full performance of Quamina MP on popular UK radio show, Tim Westwood, has been released.

The video comes after the musician came under social media attack after a snippet of the freestyle was posted on Twitter.

Many Twitter users said they were unimpressed by the Ground Up Chale artiste’s performance.

Although some Ghanaians praised the ‘Wiase’ artiste for his work on the show, others felt he wasted an opportunity to show the world his work.

In an interview, Quamina MP revealed that he was not prepared for the interview and in turn the freestyle, but he said that his freestyle is not bad because he is not a rapper.

He referred his fans to a second freestyle video which was on an Afrobeat tune and is certain they would love it.

The second freestyle which Tim Westwood released on his YouTube page has received great reviews as compared to the former.

“Some People Are Quick To Judge 🤦🏿‍♂️ MP It Was Littttt💫,” one fan wrote on YouTube.

Another thought that although the beat was not in favour of the artiste he did considerably well.