R. Kelly has dark side hidden from public – Prosecutor 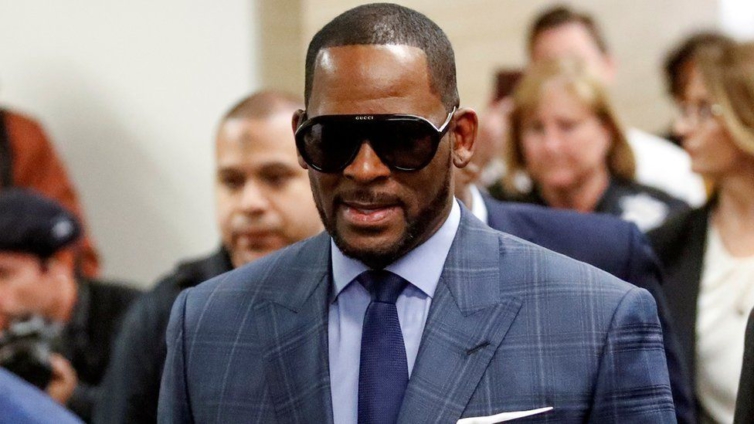 R. Kelly has a “dark” and “hidden” side that the public rarely saw during his career, prosecutors said at the opening of his second federal trial.

The R&B singer was found guilty of sex trafficking and racketeering in a New York court last year. He was later sentenced to 30 years in jail.

But on Wednesday, a separate trial on child pornography and obstruction charges began in Chicago.

His lawyer urged the jury not to accept the portrayal of Kelly as “a monster”.

In 2008, he was also accused of trying to rig a similar trial by bribing and intimidating witnesses.

Prosecutors used their opening statements to tell the jury what to expect over the next four or so weeks, detailing the survivors who will testify and some of what the jury is expected to hear.

That includes hearing from one woman – who prosecutors are calling Jane – who will testify that she appeared in an alleged sex tape with Kelly when she was 13 or 14 and the singer was 31.

According to prosecutors, Kelly made four separate videos with Jane – segments of which will be shown to jurors.

That video was the centre of the 2008 trial, however at the time Kelly and Jane denied it was them in the tape. Neither testified and Kelly was acquitted on all charges.

This trial, happening in his hometown of Chicago, is being seen by many as a repeat of the 2008 trial, when he was facing 14 charges of child pornography.

Two of Kelly’s former employees are also facing charges in this trial. Derrel McDavid, his former business manager, is accused of helping Kelly fix the 2008 trial, and Milton Brown is charged with receiving child pornography.

Both men have pleaded not guilty. Mr McDavid plans to testify in court, his attorney said on Wednesday.

Prosecutors allege Kelly and Mr McDavid sent hush money and expensive gifts to Jane and her parents over several years to keep them quiet.

Kelly’s previous trial was highly publicised, and in her opening address, his defence attorney reminded the jury that he deserved a fair trial even if the government seeks to portray him as a “monster”.

“There is no R. Kelly exception,” Jennifer Bonjean said.

“It is true that Mr Kelly is imperfect. It is true that, on his journey from poverty to stardom, that he stumbled along the way. We won’t deny that,” she told the court.

She also alleged that several of the witnesses against Kelly were “criminals” who have “extorted him” and have immunity deals. Additionally, she suggested that the government is taking advantage of a series of documentaries and of social media outrage to prosecute Mr Kelly in a “mob-justice climate”.

This trial in Chicago comes just a few months after Kelly was sentenced in a New York court to 30 years in prison.

Jurors at the six-week New York trial heard how he trafficked women between different US states, assisted by managers, security guards and other members of his entourage.

The court also heard how Kelly had illegally obtained paperwork to marry singer Aaliyah when she was 15 in 1994, seven years before she died in a plane crash.

The certificate, leaked at the time, listed Aaliyah’s age as 18. The marriage was annulled months later.

Kelly is a Grammy-winning singer and songwriter known for hits like Bump N’ Grind, Ignition (Remix) and the hugely popular 1996 anthem I Believe I Can Fly.

Sexual abuse allegations and accounts of his predatory behaviour towards young girls and women go back decades. He is still facing state charges of aggravated sexual abuse in Illinois and prostitution and solicitation charges in Minnesota.

DISCLAIMER: The Views, Comments, Opinions, Contributions and Statements made by Readers and Contributors on this platform do not necessarily represent the views or policy of Multimedia Group Limited.
Tags:
Child pornography
R Kelly
Sex Trafficking