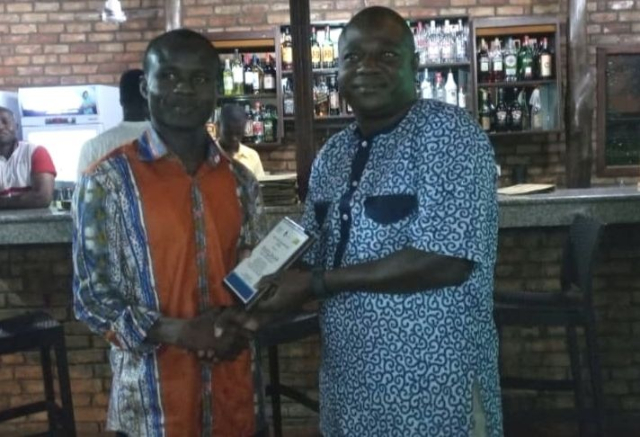 The short award ceremony came off at the Plus Regal Hotel in Tamale after a two-day workshop for media personnel from the three Northern regions by SNV Netherlands Development Organisation, a non-profit, international development organisation,

The award by Rafiq Salam made it a brace for The Multimedia Group after Justice Baidoo won the Southern sector category at the Elmina Beach Resort a week ago.

Two other journalists, Murtala Isa of Radio Ghana and Prosper Korsor of Ghana News Agency (GNA) won the other awards.

In April 2018, Rafiq travelled to Zingu to meet members of the Baalayeri Women’s Group to cover a story about their annual post-harvest loss.

Despite having the strength, ability to increase the acreage of the farms, they harbour fears they could lose the produce due to lack of storage facilities.

Salam’s story, therefore, highlighted the challenges that the women farmers face in storing their produce and called on government and other benevolent organisations to come to their aid.

At the time of his visit, only two people among the over 40-member group had receptacles to store their produce.

Another feature story he did which caught the attention of the SNV team is a feature story on clean cooking in which he highlighted the dangers involved in using old methods of cooking (tripod system).

SNV Country programme coordinator for V4C, Eric Banye, who handed over the plague to award winners on behalf of snv country director, Harm Duiker praised media personnel on the V4C programme for their numerous reports.

He said their reports have made lots of impacts and brought change in the communities they are living.

Mr Banye urged them to do more and not think that the stories they do are not recognised.

Rafiq Salam thanked God for the award which he dedicated his wife, Princess Shahida and his mother, Alimata Sandia for their encouragement.

He also thanked the staff of The Multimedia Group especially Joy News for the support being part of a hardworking team especially his cameraman, Daniel Bine.

The V4C project is an initiative funded by the Netherlands Foreign Affairs Ministry and SNV Development Organization that is resourcing journalists in local reporters to better report on critical areas such as post-harvest losses in farming, sanitation and climate change.

Over the last three years, the program has trained over 20 journalists and supported them with resources to report on issues that receive little attention in mainstream local media.