Rains and Floods: revisiting flood-prone communities in the Asokore Mampong municipality in Ashanti 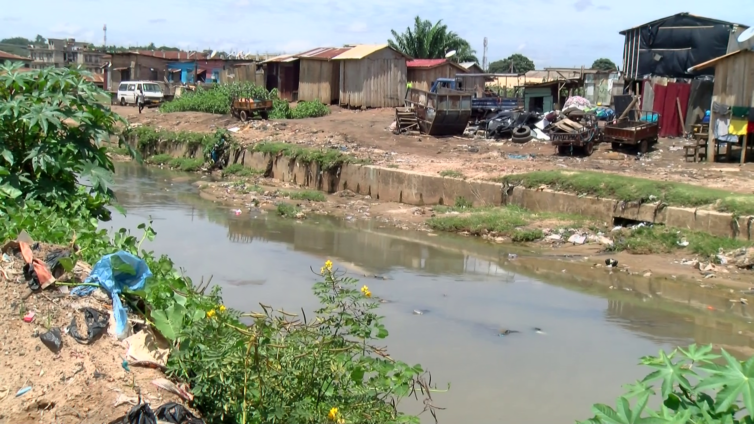 The Asokore Mampong municipality in the Ashanti region has a number of communities recording perennial flooding, with devastating impact of the flood waters, including loss of lives and property.

As the rains set in, the local assembly says it is taking measures to contain the floods.

It is that season of the year when many households are left stranded at the mercy of the rains.

Many members of households in swampy areas become worried when the rains begin.

Farouk, who has his tailoring shop close to a trench at Sawaba-a flood-prone community, says it’s difficult to ply the road when it rains.

“The drains are smaller, so when it rains heavily, they overflow their banks and flood this area,” he said.

Residents in the community ousted the former Assembly Member for failing to deal with the floods.

Farouk, however, alleges that the current officer is not putting in efforts to solve the menace.

“In January, the NADMO officials visited this area, and I directed them to the houses of victims. But nothing has really happened afterwards.

“The former Assemblyman was kicked out because he was unable to solve the flooding situation, neither has the incumbent officer done any,” he said.

Not only have the floods destroyed people’s property, the roads constructed over a bridge at the Sawaba enclave are riddled with potholes.

The area around the Pelele drain located in the Asokore Mampong municipality have also, for the past years, been flagged as a flood-prone area with records of some members dying and others losing their properties as a result of the downpours.

Along the drain are makeshift structures belonging to squatters and some business owners.

These squatters have had to erect their buildings on pedestals to escape the floods.

Mohammed, a mechanic, says “we’ve rescued several bodies from this drain when it floods. I built my shop on these pillars to avoid the floods from trapping my properties”.

Few meters away from the Pelele trench sits a huge building and an abandoned mosque.

Even though the mosque and the house have been marked for demolition, some masons are seen constructing a new building close to the drain.

Over the years, the Ashanti region has recorded devastating consequences of the torrential rains with properties running into thousands of Ghana cedis being lost.

Mambo has been working at the Sepe community for close to 15 years.

While many lament their losses, Mambo who owns a vulcanizing shop close to the major drain in the Sepe community says he is not affected by the floods.

“I am not so much affected when it floods. I am able to salvage my items and work comfortably when the water subsides,” he said.

Reports reveal that the occasional flooding is attributed to climate variability and the change as well as poor physical planning and flaws in the country’s drainage network.

Some residents proffered some pragmatic solutions.

“The authority should construct higher bridges with bigger culverts for the drain for the water to pass through to reduce the flooding,” Musah Inussah, a resident, said.

Meanwhile, authorities at the Asokore Mampong municipality who opted to speak off camera, assured measures are in place for desilting the drains and halting illegal construction of buildings close to these drains.