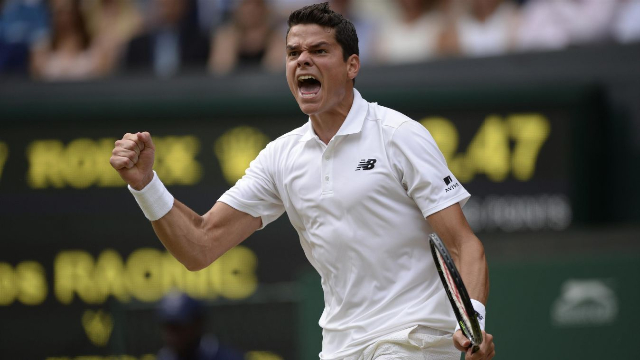 Raonic’s adventure at SW19 looked over when a fourth-set onslaught from Federer – leading two sets to one – created numerous break opportunities, but the Swiss maestro was unable to capitalise as it drifted towards a tie-break.

But suddenly, with Raonic leading 6-5, he mustered a flurry of break points on the Federer serve, eventually taking one to force a decider.

Buoyant, the 25-year-old raced into an early break advantage in the final set and kept his nerve in partisan Fed-heavy surroundings to remain on course for a first Slam title.