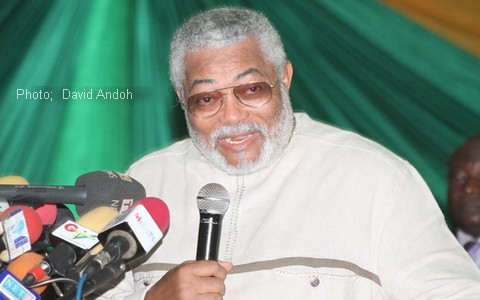 Ghana’s former President, Flt Lt Jerry John Rawlings has strongly condemned the degrading ordeal suffered by three female students who were reported to have shoplifted from Mr Price at the Accra Mall.

“While we must not condone any form of wrong doing, I find it outrageous that these young Ghanaians were subjected to such humiliating abuse and in the full glare of the general public,” the former President said in a press release.

He said the act brings into serious question the shop’s policy on handling shoplifting. Of particular concern is the apparent condoning behaviour of the shop manager and security on duty, he observed.

In his view, “Such dehumanising treatment of our people is backward, primitive and defeats our efforts at restoring the moral fibre of society.”

Former President Rawlings welcomed the decision of the police to investigate the matter.

“The perpetrators of this uncivilised behaviour must also be brought to book,” he said.