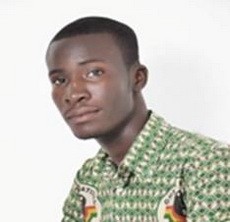 It is quite regrettable to see Mr. Obed Ofori Bangdome (Brong Ahafo Regional NASPA President) to express such opinions on critical matters like death of Service Personnel whom he knows nothing about the actual cause of death until the notice of death were brought to his notice and later to the National Service Personnel Association (NASPA) and the National Service Scheme.

It is worth mentioning that from January 2012 till date there is no such situation that a Service Personnel died at a hospital because he/she couldn’t afford medical bills. Let me hasten to add that under the Ghana National Service Scheme (GNSS) is the National Service Personnel Association (NASPA); which collectively sees to the welfare needs of all mandatory Service Personnel and those doing voluntary service. The Association has administrative structure from the districts/municipal/metro through to the regional blocs and finally the National leadership who have supervisory role and mandate over the other levels. At each level whether it being a district or region, there is a director who is an ex-officio member of NASPA and works hand- in- hand with five NASPA executives to see to the welfare and other administrative needs of Service Personnel.

The leadership of NASPA regrets this expression of opinion by the Brong Ahafo Regional NASPA President on your news website which is not only untrue but seeks to tarnish the good image of the Executive Director Mr. Vincent Senam Kuagbenu, the Brong Ahafo Regional Director and the association and the scheme at large. If there are welfare issues, we all need to work together to solve it and not to be doing the blame game. National NASPA is responsible for liaising with the NSS at the head office on behalf of the association and want to state on record that till this date we have not had any information about any Service Person sick or in dying need of support at a hospital from the Brong Ahafo Region.

On behalf of the National Leadership I would also want to state that it is not true that the Executive Director of the Scheme has refused to approve a levy of GH¢1 deduction from source to cater for the payment of the cost of kidney transplant for one Mr. John K. Tandoh a service person in the Bosomtwe District of the Ashanti region who is currently on hemdialysis treatment at the Komfo Anokye Teaching Hospital. As I write now efforts have being made and the doctor in charge has been asked to submit the cost of the kidney transplantation as a bill for action to be taken immediately. It is worth to note that Service Personnel in the Bosomtwe district have been contributing monthly to take the cost of the weekly dialysis. The district director, the Ashanti Regional NASPA executives (on behalf of the association) and Regional Director Mr. Kwesi Quainoo (on behalf of the Scheme) have made donations in cash in support of our brother. Lets’ allow the truth to speak for itself and there is no popular notion that NSS means “National Suffering Scheme”.

Leadership will like to assure all Service Personnel that the association will respond promptly to any welfare issue once the information gets to executives at your level or the director representing the scheme. Service to the Nation is Service to God, NASPA! READY TO SERVE!